V-Con: Uranium – is an explosion to the upside imminent?

The uranium revival is underway.

Small recent downturn aside, market sentiment is the most positive it’s been since the 2011 Fukushima disaster which sent stocks – and the price – tumbling.

Today the drive for clean energy has put nuclear power back in the spotlight, with consumers increasingly realising the role it can play in decarbonising the world.

However, poor pricing in the past has led to no new mines being developed, and no funding into large scale exploration to find new resources.

This led to the industry relying on existing inventory levels, which has seen them drawn down to scarily low levels.

Uranium fuel inventory levels for US nuclear utilities – the world’s largest consumers — are at just 16 months of requirements, well below the recommended 2+ years minimum.

Many experts believe that an explosion to the upside for uranium prices, and stocks, is imminent.

“The price of uranium needs to go through $US75/lb, or the lights go out,” says famed investor and uranium bull Rick Rule.

Speaking with a handful of emerging companies making waves in the sector — along with industry experts — Stockhead finds out what’s in store for uranium in the back half of 2022, and beyond.

Rick Rule is a well-known mining investor and founder of Rule Investment Media. Rule is a leading resource investor specialising in mining, energy, water utilities, forest products and agriculture, and has originated and participated in hundreds of debt and equity transactions with private, pre-public and public companies. Rick is presenting at the Rule Symposium Natural Resource Investing conference Jul 26-29 Boca Raton, Florida. Tickets are available here.

Okapi Resources is an Australian minerals exploration company focused in the Kimberley Goldfields of WA and the Democratic Republic of the Congo.

92 Energy is exploring for high grade unconformity related uranium in the Athabasca Basin, an area that has some of the largest and highest grade uranium deposits in the world, including the Cigar Lake and McArthur River mines.

Alligator Energy is a uranium and energy metals project development and exploration group with clear pathways for approval and development through its multi-jurisdictional portfolio.

Peninsula Energy is an advanced uranium developer, applying a low pH technology process to develop its US flagship Lance Project in Wyoming, into a long-life uranium operation.

Kopore Metals is exploring the Agadez Uranium Project in the Tim Mersoi Basin in Niger, the Ghanzi West Project Copper-Silver Project in the emerging world class Kalahari Copper Belt and the Horseshoe West Copper-Gold Project located in the Bryah Basin of WA.

Boss Energy is a uranium producer located in SA and has been proactively identifying, addressing, and positioning the Honeymoon Project to be Australia’s next producer of up to 3.3M lbs per annum.

Havilah Resources controls more than 16,000 square kilometres of mineral tenements in the Curnamona Craton region in SA, which is host to the largest lead-zinc deposit in the world.

Elevate Uranium is a uranium exploration company that has significant resources in Namibia and Australia and is making new discoveries through active exploration programs.

Aura Energy is an Australian based minerals company that has major polymetallic and uranium projects with large resources in Europe and Africa. The company has rapidly grown by acquiring new projects in Sweden and greenfield projects in Mauritania. 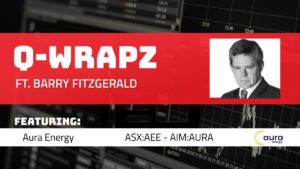