Think Big: The RBA is ‘hitting a problem’ as Australia’s economy recovers

For the first time in a while this week, bond markets began to rumble.

US 10-year government bond yields (the global benchmark) threatened to break though one per cent for the first time since February.

And Aussie 10-years rose sharply, climbing from around 0.75pc to briefly eclipse the one per cent mark before easing back.

The yield on a bond is inverse to its price, so yields rise when there are more bond sellers than bond buyers.

Like stocks, bond markets reacted to the big Pfizer vaccine news – and how a near-term vaccine rollout will affect the outlook for economic growth.

More specifically it put the “reflation” trade back on the table. By sending yields higher, the bond market is effectively pricing in a kind of vaccine stimulus.

In simplified terms it suggests growth may return faster than anticipated, which could flow through to inflation.

The RBA problem — a breakdown

In a research note this week, strategists Martin Whetton and Philip Brown discussed the interplay between the RBA’s emergency policy settings and a strengthening economy.

On a global level, the dual forces of a vaccine result and a new Biden administration have been broadly positive for the outlook.

But even before that, Australia’s domestic economy was showing signs of strength.

Consumer confidence was up and about in October and stayed that way in November.

“There’s a lot of people in Australia sitting on a lot of cash saved in recent months. They might start spending,” the analysts noted.

At the same time, the RBA is staying committed to its ultra-supportive policy stance.

Benchmark rates just came down again (to 0.1 per cent).

QE (quantitative easing) was announced, and the bank is still stepping in to ensure three-year bond yields are capped.

And it’s on that last point where CBA said the bank is running into a bit of friction as the growth outlook brightens.

Within the three-year range, the RBA is currently targeting government bonds with a maturity date of April 2024.

As growth optimism rises, it’s had to do some extra leg work, stepping in to buy more Apr-24 debt to keep rates capped.

But within the three-year range, yields on other government bonds – such as the Apr-23 and the Nov-24 – are rising.

“Everything except the Apr-24 has been selling off,” CBA said.

In particular, the contrast in yields between Apr-23 and Apr-24 has become particularly stark.

“That sort of difference in bonds so near each other in maturity is very unusual,” the pair said.

“Eventually, however, the RBA will have to reckon with how oddly shaped and ‘RBA-dominated’ it is prepared to allow the 3-year sector to become.”

To help solve the problem, Whetton and Brown said there is now a strong argument the RBA should change tack.

Instead of targeting bonds with a specific maturity date (in this case, the Apr-24), the bank should spread its yield-control purchases across the three-year range.

Spreading purchases across all three-year debt maturities – from Apr-23 to Nov-24 – may help prevent distortions in specific segments of the market. 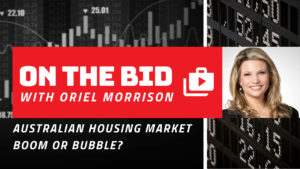