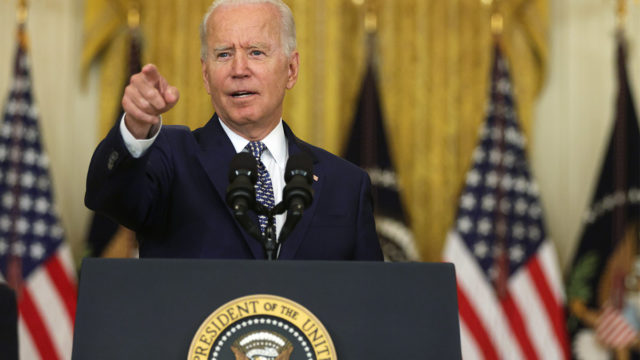 Asian markets are buoyant in Wednesday trade, as investors react to the successful passage of a US$1 trillion infrastructure bill through the US Senate.

A key piece of Democrat Joe Biden’s election agenda, the passage of the bill followed an extended period of wrangling by US lawmakers.

But in a rare display of bipartisanship, 19 Republicans voted with the Democrats to get it across the line.

The funding package will focus on improving transport infrastructure across the country, and was viewed as an important step for the next leg of post-COVID economic growth.

On local markets, the ASX 200 climbed to new record highs as Commonwealth Bank (ASX:CBA) announced a $10 billion cash splash, upping its dividend to $2 per share.

The good vibes extended to ASX small caps, as shares in no less than 10 companies jumped sharply this morning following market-moving announcements.

Amid the broader positive sentiment:

Leading the pack was medical company Rhinomed (ASX:RNO), which has begun supplying NSW Health with an initial round of one million Rhinoswabs as part of its COVID-19 response.

The initial order represents “between approximately 25% and 35% of unaudited FY21 revenues of $3.9m”, RNO said.

Also on the winner’s list was Archer Materials (ASX:AXE), which followed up news of its successful patent application in South Korea yesterday by flagging a separate patent approval in China.

“Archer must have patent protection in the relevant countries if it wants to utilise these chip manufacturing plants in the future,” the company said

And nanocap gold explorer Megado (ASX:MEG) was among the leaders, after providing an update on drilling results at its Chakata gold project in Indonesia.

The ~$5m market cap company said results indicate that Chakata “has the potential to host significant gold deposits and, importantly, support its thesis that previous work at the site misinterpreted the tenement’s geology”.

And after rising strongly last week, oil & gas play 88Energy (ASX:88E) fell by around 10% in morning trade following the release of its half-year accounts.