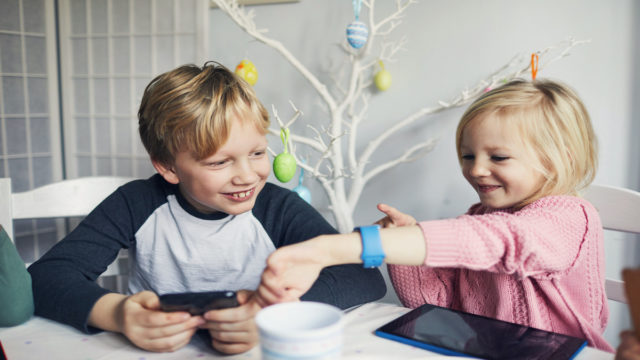 EBITDA has grown by 36% to $0.6 million on the prior comparative period, with a healthy gross profit margins of 54%.

The company also booked record revenues of $7.1 million on its wearables segment, up 13% on pcp. As a comparison, its schools segment revenues came in at $1 million, down 22% on pcp.

The company’s flagship product is its Spacetalk Adventurer 4G smartphone watch for kids aged 5-12, which was launched last December.

In January, the company announced retail partnerships with Harvey Norman, Officeworks and Kogan to distribute the watch. It already has a distribution partnership with JB Hi-Fi.

In the space of two weeks since the launch, the sales of SpaceTalk Adventurer have exceeded the original SpaceTalk Kids device – with the company selling more devices in Q2 FY21 than at any other time.

“We expect to see in 2021 the benefit of the strategic investments we have made during 2020, to bring to market new products, onboard new channel partners, and develop go-to-markets for new geographies,” he said.

The new app has new features compared to the previous version, inlcluding Family Chat with pictures and video, advanced health and fitness, as well as enhanced parent controls.

That launch led to a 76 per cent growth in its annual recurring revenue (ARR) to $2.3 million.

In September 2020, Spacetalk told the market that it has an inked a deal with Amazon to sell devices on the giant marketplace’s platform.

That deal saw Amazon initially selling the Spacetalk device on Amazon.co.uk platform, which led to the spike in sales.

According to Stockhead’s expert Tim Boreham, the Spacetalk share price is undervalued and does not reflect its recent stellar performances.