PNX Metals is checking the boxes as it advances closer to the start of development of its Fountain Head gold project in the Northern Territory, becoming one of only a handful of mining projects currently being assessed by the NT Environmental Protection Authority (EPA).

The Environmental Impact Statement is a crucial part of the project approval process, in particular where the project has the potential to impact surface or groundwater, but it’s only a very short list of mining projects that have successfully passed this stage and received the green light to move into production from the independent environmental monitors of Australia’s most northern territory.

PNX Metals (ASX:PNX), however, anticipates it will receive environmental approval for its Fountain Head gold project in the Pine Creek region of the Northern Territory in just a few months.

The company has provided the NT EPA with a comprehensive risk assessment after submitting additional information that includes a sound plan for how PNX will limit and manage any environmental impacts and risks identified.

“We look forward to receiving positive feedback from the NT EPA. Based on statutory guidelines, and assuming no further requests for information, the indicative timeframe for Environmental Approval is October 2022.”

According to the NT EPA register, there are only six mining projects currently undertaking an environmental impact assessment by the NT EPA and two of those, Fountain Head and the Hayes Creek zinc-gold-silver project, belong to PNX.

“Just eight mining projects have received approval by the NT EPA under an EIS over the last five years,” Fox noted.

PNX recently picked up more ground prospective for gold and base metals adjacent to its Hayes Creek project.

This new landholding and the Hayes Creek project are part of PNX’s proposed staged development that will start with the Fountain Head gold project, which hosts a resource of 2.94 million tonnes at 1.7 grams per tonne (g/t) for 156,000 contained ounces of gold.

PNX is positioning Fountain Head as a regional processing hub for mineral deposits in the Pine Creek region. The company is closing in on a resource upgrade at the Glencoe deposit, which was added to the company’s portfolio in late 2020 to start building scale in the NT.

A prefeasibility study (PFS) on the Fountain Head gold and Hayes Creek gold-silver-zinc projects highlighted a robust, multi-commodity, two-stage mine development that would have an initial mine life of 10 years, a pre-tax net present value (NPV) of $171m and a pre-tax internal rate of return (IRR) of 63%.

Life-of-mine production estimates of metals recovered to doré and concentrates are 250,000oz of gold, 11.4 million ounces of silver and 116,000 tonnes of zinc.

Approval has already been received from the NT Department of Industry, Tourism and Trade to allow dewatering of the Fountain Head pit.

PNX and its engineering partner, Como Engineers, are in the process of updating project capital and operating costs using a simplified flow sheet. This is expected to partly offset inflationary costs during construction as well as be used to update the project financial model and for talks with prospective financiers. 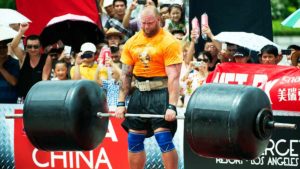