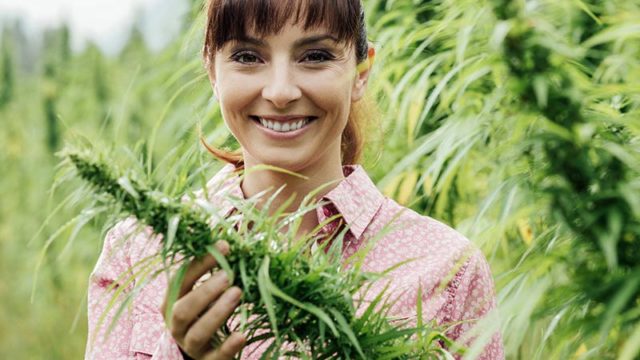 Its been a busy few weeks in marijuana land.

Meanwhile in Australia the ASX cannabis sector is looking perky.

The spur seems to be the CannaTech conference that starts in Sydney on Sunday — where attendees get “bonus points for creative attire”.

While smoking dope is banned on-site, the organisers mischievously suggest: “Make sure you’re hungry for our lunch meals which will be bountiful and delicious.”

Ahead of the CannaTech conference medical cannabis lobby group United in Compassion has been out this wek campaigning for legislative change.

“Australia’s fledgling cannabis industry is destined to fail unless better patient access is secured as a matter of urgency” the group said in a statement this week. Founder Lucy Haslam and lawyer Teresa Nicoletti say Australian companies “will be left behind as more countries ease restrictions on the drug’s use and the number of players entering the market increases”.

The pair say Australian regulations make it all but impossible for patients to access cannabis-based drugs and are pushing people back into the black market.

The Therapeutic Goods Administration (TGA) has approved a total of 1442 applications since legalisation in 2016.

In the Senate the Lib Dems and the Greens tried out their arguments for legalising recreational cannabis, but Labor and the Libs were having none of it. Don’t expect to be buying legal weed here for a while yet.

One global tidbit that passed our desk in the last two weeks was around the world’s biggest pot stock, Canopy Growth.

Chief Bruce Linton said Canada and US cannabis companies might be able to soon start using banks — hitherto impossible because of the federal illegality of pot in the US.

eSense-Lab (ASX:ESE) was the biggest gainer over the last two weeks after signing a deal 12 months in the making.

eSense did however earn a whack from the ASX asking who the anonymous buyer was and for how much, thank you.

They were forced to make good on a commercial deal — rather than enter a second pilot phase which was initially proposed last week — with UK e-cigarette liquid maker E-Quit. No word on how much it’s worth yet.

Impression Healthcare (ASX:IHL) was the biggest gainer this week, rising 146 per cent at its peak on Wednesday after saying it is now in the queue for cannabis licences.

Medlab Clinical (ASX:MDC) was also the happy recipient of an export licence.

Bod Australia (ASX:BDA) claimed a world first clinical cannabis trial with its under-the-tongue wafer, which raised a number of eyebrows.

The ‘world first’ was in fact for a double-blind trial of extract from a full cannabis plant — rather than isolated elements only — of pharmacokinetics, or the way it moves through the body.

Stemcell United (SCU:ASX), Suda (ASX:SUD) and Affinity Energy (ASX:AEB) all had to answer questions around why their share prices jumped.

Stemcell said maybe shareholders were looking forward to the end of a board restructure and buying early; Suda blamed those vicious birds on Twitter; while Affinity (formerly Algae.Tec) said it could be because the boss was profile-raising in Europe, Canada and the US.

Rhinomed’s (ASX:RNO) US cannabis partner Columbia Care is listing on Canada’s brand new ‘Neo Exchange’, while Zelda (ASX:ALD) has nixed its Chilean clinical trial program and given its new CEO a pay rise to $300,000 a year.

THC Global (ASX:THC) said it was creating a new investment company in Canada so it could play in the recreational space.

And finally, Queensland Bauxite (ASX:QBL) pushed back its relisting date on the same day its $5.6m capital raising closed.

A week later it issued the 2018 annual report which revealed a $5 million loss and revenue of $144,773. The company paid $1.73 million to a company controlled by the chair for admin and services and the four board members accepted a combined $714,000 in pay.

Queensland Bauxite says the size of its management fees were “at the below-average end”, when compared with its competitors.

Under a deal announced on Wednesday, QBL said Canadian company Bonify would “arrange for the delivery to MedCan of cannabis plant” which would then export it as dried flower.

But Queensland Bauxite late clarified to us that Bonify would deliver “specified, proven genetics… seeds, clones or tissue culture” to Medcan, which will then use it to grow plants, and send back “manufactured medical cannabis products”.

Here’s a list of the ASX’s cannabis movers and shakers over the past two weeks: