Mouthguard maker Impression Healthcare is serious about becoming a pot stock — and has started the drawn-out process of applying for local cannabis licences.

Marijuana-news starved investors were super keen on the news, sending the stock rocketing 127 per cent to 3.4c. It cooled to close the day at 2.2c.

Impression has applied to the Victoria Department of Health and the Office of Drug Control (ODC) for import, storage, distribution and export licences.

As Stockhead has reported before, the ODC is working through an eight-month backlog of applications.

Impression (ASX:IHL), which is best known for anti-snoring mouth guards, has signed up as the local distributor for US cannabis researcher AXIM Biotechnologies.

AXIM — a $US114 million company that trades over-the-counter in the US — is developing a wide variety of cannabis-based products including its flagship chewing gums MedChew Rx (designed to treat symptoms of Multiple Sclerosis) and CanChew RL (to treat restless leg syndrome).

Impression says they plan to sell AXIM’s medical products in Australia under the Special Access Schemes and Authorised Prescriber Network.

They hope to have the licences and extra security in place at their Melbourne factory by March next year. 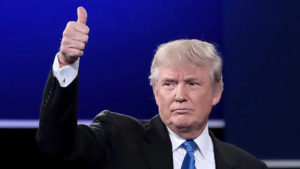