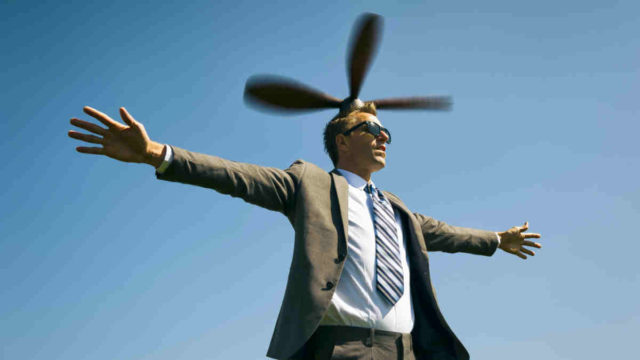 Long suffering Afterpay (now Block Inc) shareholders could finally see some light at the end of tunnel, with major broker UBS giving the stock a Buy recommendation with a very lofty price target.

UBS says it sees a large growth opportunity in Block’s addressable market which is being underpinned by its ‘transformational’ acquisition of Afterpay.

UBS clearly likes Afterpay better as Block, at one stage it had a fair rating of $30 on the BNPL provider.

Why UBS thinks Block is a good buy

According to the broker, the Afterpay acquisition will deepen the connection between Block’s Square and Cash App ecosystems, enhancing the company’s position further into a two-sided payments network.

Although Afterpay’s integration remains in early stages, UBS believes that over the long term, Afterpay could accelerate Square’s move upmarket to enterprise-sized sellers – which is exactly what’s missing from Square’s current merchant roster.

Conversely, Afterpay could provide Block’s Cash App active customers access to BNPL products, opening the door for the platform to be launched internationally down the track.

Block CEO Jack Dorsey, who goes by the title Block Head these days, said that he was attracted to Afterpay because of the company’s ability to connect customers with merchants, something that has turned Afterpay into a major referral service for e-commerce platforms.

“We do believe that having both systems is our ultimate superpower and differentiator – having both ends of the counter, two different audiences, of sellers and individuals, is really important,” Dorsey told analsyts.

“It is the secret behind Afterpay as well, and probably represents our largest potential,” he said.

Anriban Mahanti, the lead advisor at 7Investing, told Stockhead that he agrees, saying that Block’s acquisition of Afterpay was indeed a smart move.

“The acquisition is a smart one as it fits in with Block’s strategy of going upscale, because the payments business is really a scale business,” Mahanti said.

“And Afterpay already has that scale because they have signed up enterprise-sized merchants and giant e-commerce sites.

“At the same time, on the consumer side, Afterpay is also pretty strong because they have an app. So they have pretty full-on two sided network,” he added.

Block is not just about BNPL

The UBS recommendation comes as the buy-now-pay-later (BNPL) sector roils from a number of medium to long term headwinds.

The sector has become one of the worst investments for Aussie investors in 2022 in the face of rising bad debts and interest rate rises, as well as intense competition from adjacent players like Apple.

Block, along with other BNPL stocks on the ASX, have almost lost half their value over the last several months. Some stocks like Zip (ASX:ZIP) and Sezzle (ASX:SZL) have even plunged 90% over this period.

But many analysts are unruffled and have rallied behind the Block Inc stock, arguing that the company is more than just BNPL.

He explained that the Square business is similar to POS terminals, processing transactions for merchants which are mainly micro business that generate less than US$125k of turnover a year.

The integration of Afterpay will now enable Square to target the more prized upscale clients that Afterpay has.

The Cash App business meanwhile, allows users to transfer money to one another using a mobile-phone app, which is currently only available in the US and UK.

“They recently tagged on Bitcoin trading on the Cash App in order to attract a consumer base that will drive acceptance of BTC, because Jack Dorsey is big on Bictoin,” said Mahanti.

Bitcoin buying and selling has indeed been extremely popular on the Cash App platform, generating Block around US$2bn in revenue in Q4 of FY21.

The company said Bitcoin’s price appreciation was in fact the primary revenue driver for the Cash App in Q4, alongside the growth of active Bitcoin users.

However, Q1 FY22 tells a different story as Bitcoin has plunged to US$20k.

Mizuho analsyt, Dan Dolev, said that Block Inc is a great stock for investors who want to play in the crypto space, but are too afraid to dip their toes.

“Block Inc is a very interesting singularity here because only about less than 5 per cent of its gross profit is tied to Bitcoin,” Dolev said.

“But the overall aura of Block, celebrity of a CEO and the focus on Bitcoin makes it bigger than it is.”

His comments came as Dorsey said the company is much more than just a payments company.

“Calling Block a payments company is like calling Amazon a bookseller. We’ve grown in so many different ways across multiple dimensions,” he said through an NYSE statement.

Some analysts argue that Block paid too much for Afterpay in the all share-deal in August last year when it coughed up US$29 billion.

With Block’s market cap struggling at just below US$40 billion at present, US$29 billion does seem… excessive.

“Maybe Block paid a lot more than the fair value of the Afterpay at that point in time, that’s probably true,” Mahanti said.

“But it’s also important to realise that Block’s own shares were probably overvalued at that time, and Block paid for Afterpay in shares.

“So it turns out that it was a good acquisition because it didn’t create a lot of dilution since Block’s price was also very overvalued,” explained Mahanti.