MinRex (ASX:MRR) is planning to complete 5 RC holes totalling 650m to test the zones to determine their source and target further gold mineralisation.

Could represent a large feeder zone

The reconnaissance exploration will commence in the second quarter with ground verification over the newly defined target areas.

“These IP anomalies have direct correlation to the known gold mineralisation based on the historical drilling unknown to the previous explorers at the time,” MinRex CEO Pedro Kastellorizos said.

“The interpretation from the geophysical responses suggests these targets may represent extensive sulphide-quartz bearing vein systems.

“We have planned 5 RC drill holes to test the IP anomalies at depth.

“The western and eastern zones exhibit strong geophysical signatures which remain completely untested by drilling with the central zone potentially representing a large feeder zone to the known mineralisation.”

“Subject to the results of the planned drill campaign, MinRex will look to increase the current resource tonnage and grade at the Spring Gully Prospect through follow up IP surveys and drilling,” Kastellorizos said.

“This represents a major leap forward in the company’s systematic targeting process in defining new discoveries over the Sofala Project.”

The Sofala project looks to be emerging as a potential multiple open pit gold mining hub, with the company unveiling a maiden resource at the Surface Hill prospect of 808,012 tonnes at 1.09 g/t gold for 28,300 ounces last month –  forming part of the Sofala project’s combined resources of 352,213 ounces gold.

Surface Hill could be a potential satellite deposit around the Wattle Flats region along with Spring Gully and several historic mines within only a few kilometres radius.

The company is confident its existing two resources at the project strongly position it to deliver further resources based on the extensive untested historic mining areas. 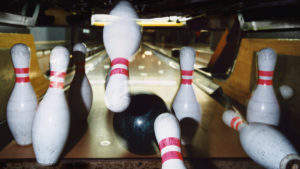