China might be cutting subsidies for electric car buyers even further, another blow for the world’s most dominant — but noticeably flagging — EV market.

According to Bloomberg sources, Chinese regulators are discussing the idea “but are holding off on a decision until they weigh car sales data over the coming months”.

China has been subsidising EV purchases since 2009 to build the sector, but these are being rolled back to encourage automakers to stand on their own two feet.

The problem is that the last time the government cut subsidies, earlier this year, it sparked the country’s first drop in EV sales. This impacts the entire battery metals supply chain, as well as wider market sentiment.

#China #NEV market 2019 growth might be negative, CAAM estimates.
NEV sales trends are strongly related to policies. Before June and subsidy cuts, we witnessed peak in sales and then next four months downward trends. As for 2019, it might end in negative growth, CAAM explained. pic.twitter.com/3PKHbSinKH

And yet global automakers, playing the long game, are spending a lot of money to tap this massive market.Last week, VW celebrated pre-production at its first Chinese plant by rolling the very first China-specific all-electric Volkswagen ID off the production line in Shanghai.

The start of series production is scheduled for October 2020, VW says.

“The Volkswagen Group projects a total volume of 22 million all-electric cars worldwide by 2028, with more than 50 per cent of that from China,” Dr Herbert Diess, chairman of the board of management of Volkswagen AG, said.

“The country plays a crucial part in our electrification strategy, which will pave the way to Volkswagen’s goal of becoming net carbon-neutral by 2050.”

Even Toyota, an EV laggard, has just announced a 50-50 JV with Chinese electrification leader BYD — short for Build Your Dreams — to develop battery electric vehicles for the Chinese market.

Frontrunner Tesla has already constructed a $US2 billion ($2.9 billion) factory in Shanghai, its first manufacturing facility outside the US, where it hopes to start production by the end of the year.

In its Q3 report, Tesla said that Gigafactory Shanghai was built in 10 months and is ready for production. It was also “~65 per cent less expensive (capex per unit of capacity) to build than our Model 3 production system in the US”.

“With Model 3 priced on par with gasoline powered mid-sized sedans (even before gas savings and other benefits), we believe China could become the biggest market for Model 3.”

Of the companies on our list, 51 lost ground, 46 were ahead and 52 were steady this week.

Over the past year, we have 30 winners and 117 losers, which looks like this:

Kibaran — which is changing its name to EcoGraf — now has enough info to finalise the all-important process flow sheet design. It was enough to send the stock up about 40 per cent for the week.

The company says it remains on schedule to make a final investment decision on the development in the first half of 2020.

One of the week’s biggest small cap news stories.

The offer valued Panoramic at 47.6c per share – or $312m all up – which was a 51 per cent premium to the one-month volume weighted average price.

Still, that wasn’t enough for Panoramic’s ~35 per cent shareholder Zeta Resources (ASX:ZER), which said it “does not intend to accept Independence Group’s current offer”. Game on.

Altura Mining says that its Pilgangoora mine and process plant in the Pilbara region of WA is now effectively achieving nameplate annual production of ~220,000 tonnes of spodumene concentrate.

“Importantly, not only are we achieving excellent production results, we are continuing to sell and ship our product to our diverse customer base,” he says. 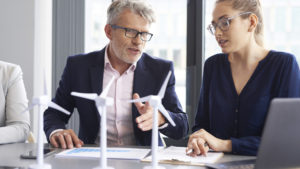