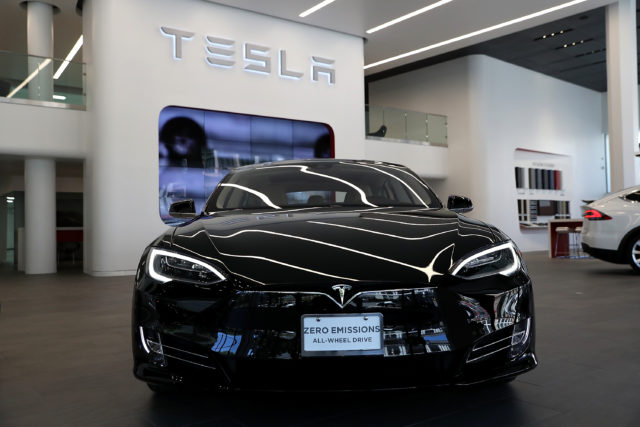 Nickel is the second most important material needed for an electric car battery — after lithium of course. But it needs a lot of nickel.

Stockhead got schooled this week on just exactly how much nickel goes into an electric car battery. Well, a Tesla anyway.

“For those who don’t know there’s 50kg of nickel in that [Tesla] battery,” Mincor Resources (ASX:MCR) boss David Southam told attendees at the WA Mining Club’s monthly luncheon on Thursday.

And Southam would know — after all he just stepped off the board of loved up lithium player Kidman Resources (ASX:KDR), which made history in May last year as the first Aussie miner to strike a supply deal with the American electric car giant.

“When you speak to OEMs [original equipment manufacturers], car manufacturers, battery makers — and Kidman managed to negotiate offtakes with Tesla, LG Chem and a few others who never got quite to the finish line — you ask what’s the next commodity you need? And without doubt it was nickel,” Southam said.

“And whilst Tesla might not be the largest consumer or user of batteries, they are certainly an industry leader.”

Southam said it had got to the point where big electric car makers now have nickel experts on their teams just to find them supply.

“So the head of global procurement [at Tesla] is an ex-Vale nickel executive there to secure nickel supply, so it is being acknowledged that nickel is in short demand.”

Right now, most batteries use the NCM 622 chemistry, which comprises 60 per cent nickel and 20 per cent each of cobalt and manganese.

But the industry, particularly in China, is close to switching to a chemistry make-up of 80 per cent nickel, 10 per cent cobalt and 10 per cent manganese – also known as NCM 811.

However, one car maker wants to increase the nickel content even further.

Southam told journalists after the WA Mining Club luncheon that just last week he spoke to one car maker that said it wanted to increase the nickel content of its batteries to 90 per cent.

“That’s great for nickel because there’s very few projects in the pipeline globally and the incentive price hasn’t been there to build new projects,” he said.

But right now, the battery market accounts for just 4 per cent of nickel demand. So you can imagine how much more nickel is going to be needed when electric car uptake really takes off.