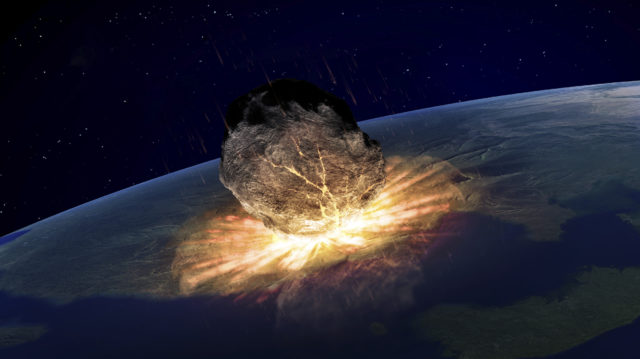 Set against rumours of its demise, spot iron ore has remained stubbornly defiant, reminding investors again why forecasting is a fool’s errand by bouncing above US$135/t on Monday night.

A broad consensus is forming around metals like copper, nickel and lithium, which face imminent supply shortages later this decade as the narrative around industry shifts to a focus on green technologies in which they are consumed.

Not so in iron ore, where a split has formed between bulls and bears amid price volatility that has seen the benchmark 62% fines price trade in a range of almost US$150/t in 2021.

Prices remain far off record highs they touched in May, but up US$11.65 to US$135.03/t following a day of heavy buying on futures exchanges on Monday, levels remain historically high.

Having previously seen a 61% collapse in prices in just three months to US$93/t, many analysts remain cautious, saying steel production cuts, the threat to China’s property market from the Evergrande debt crisis and the promise of increased supply present downside risks for iron ore.

While wild swings in prices and unusually high freight costs have claimed the heads of a number of junior iron ore miners this year, one that has successfully navigated the wild 2021 iron ore market believes Doomsday predictions are wide of the mark.

Fenix Resources (ASX:FEX) boss Rob Brierley has received plenty of plaudits this year for his approach to safeguarding shareholders’ investment at the Iron Ridge mine in WA.

The company wisely hedged 50,000t of product to September next year at AUD$230/t via a swap arrangement with an Australian bank.

At a marked to market value of $41.9m, that arrangement will substantially underwrite its costs for the next year while it works to optimise the product at Fenix Ridge.

Iron Ridge only reached steady state production in March but has already delivered investors in the nascent miner a $24.8m dividend.

Talking on the release of the junior’s quarterly results yesterday, Brierley questioned a narrative accepted among some analysts that iron ore supply was set to rise.

“We also are believers, we’re not Doomsdayers on the iron ore price like some people are,” he said.

“The major reason is that there hasn’t been a supply reaction this time around as opposed to the last cyclical peak in 2011-12, where there (were) large increments of new production brought on.

“Examples of that: Roy Hill, Solomon (FMG), a major expansion of Cape Lambert by Rio Tinto, a similar expansion at Port Hedland, and of course the S11D project, that Vale brought in the Carajas region of Brazil.

“So this time, all we’re seeing from the majors is mine replacements, so they’re spending capital, but they’re just replacing mines that have had their resources or reserves depleted.

“So there’s not a lot of (new) capacity, and if you look at the quarterly results of the majors, you’ll see there that there’s a very flat iron ore price and iron ore production forecasts for subsequent years.”

The hedge means Fenix will likely be able to ride out the storm of lower prices and higher shipping costs that has impacted miners like Mount Gibson Iron (ASX:MGX) at its Shine operation near Geraldton.

It is a financing tactic that has helped support other juniors like Fe Limited (ASX:FEL) and Strike Resources (ASX:SRK) with keeping their new operations in WA and Peru running as well.

In effect, it gives Fenix a year to work on its cost base where some firms were caught out by the pace of iron ore’s decline.

While Iron Ridge is small in stature, Fenix also has the benefit of boasting a high reserve grade, with 7.1t on hand at 64.1%, an improvement on previous estimates of 63.9%.

Fenix pushed out more low grade material when prices were skyrocketing. It now expects to sell more of its high grade lump product once its hedgebook closes, generating strong premiums over the benchmark iron ore price.

“We think that, you know, the Evergrande scenario was probably a little bit of a fright,” Brierley said.

“But you know, China’s economy is very much linked to residential property expansion, I can’t see that growth being put at risk to an extent that would see a major decline in Chinese residential construction.

“So I suppose we’re strongly of the view that the iron ore price will be quite strong, we’ve got the benefit of high grade, which will only assist from an environmental point of view.

“The higher the grade, the less the impurities, and therefore, the less emissions.

“A lot of the projects that have been mothballed were lower grade products that suffer from market discounts. We are very much on the market premium side of things rather than discount.”

The company generated $23.8m in free cash flow and $25.4m in net operating cash flow, giving it a cash balance of $93m with no debt after the dividend payment.

The need to push towards higher grade ores as environmental considerations heighten for investors is coming into clearer focus than ever.

The operation, a replacement for the Yandicoogina mine, will take the portion of its product sold as lump from 25% to 33% and improve its overall product grade from 61-62%.

Iron ore sold at grades below 62% or with high levels of impurities like silica and alumina are receiving increasing discounts.

Given BHP ships almost 290Mt of iron ore every year, that 1% lift in grade will make a big difference to its bottom line.

Mount Gibson is an interesting case.

It had to shut its new Shine operation, which had a grade of around 58%, but is still pressing ahead with plans to redevelop the Koolan Island mine which at 65% is one of the highest grade hematite orebodies in the world.

“The combination of a lower grade ore, anything less than 60%, at a smaller producer, in my view is a pretty tough game to be in,” iron ore market expert and Magnetite Mines (ASX:MGT) technical director Mark Eames told Stockhead.

“So you can have a situation where a high grade producer out of Australia, like Mount Gibson at Koolan Island for example, is looking at a very positive outlook because of the premiums, particularly if they can access our shipping in larger vessels.

“Then that’s really good, compared to a lower grade producer further away with smaller shipping, they could be in trouble.

While iron ore prices have been volatile, coking and thermal coal prices are still near record levels amid China’s power crunch.

According to Fastmarkets, which sees Chinese premium coking coal prices at US$608.12/t and the same product from Australia at US$406.29/t, China saw cooling last week after the national government encouraged producing regions Shanxi and Inner Mongolia to ramp up output.

Prices remain super high, with word emerging that China could enact a minor easing of its ban on Australian coal by letting product which was confiscated in customs walk free from port warehouses.

Analysts told the Financial Times Australian vessels had quietly been allowed to dock and unload cargoes containing up to 450,000t of coal.

A shift in policy on a wider scale would require a significant thaw of the frosty relationship between the Morrison and Xi governments.

Not that too many coal miners would be complaining about the situation now.

With China’s dramas pushing up prices they have been able to find willing buyers in other markets, with almost every coal company on our watchlist posting massive monthly gains.

At Stockhead, we tell it like it is. While Magnetite Mines, Strike Resources and Fe Limited are a Stockhead advertisers, they did not sponsor this article.