Bass Metals is looking for the lithium score in Argentina. Pic: Getty images

Bass Metals (ASX:BSM) is joining the ranks of Australian lithium brine plays in Argentina with an agreement to acquire Andes Litio, which holds an option agreement over the San Jorge project.

The project consists of 15 licences covering 36,600 hectares in the Catamarca Province within the very prolific ‘lithium triangle’, which accounts for over half of the world’s annual lithium production.

The San Jorge project was formerly the subject of a potential agreement by Dark Horse Resources – now Newpeak Metals (ASX:NPM) – under an exclusivity agreement that was reached in September 2018.

However, the outlook for lithium is increasingly postive compared to the bleak picture  18 months ago, potentially making San Jorge a prospect too lucrative for Bass to pass up.

San Jorge includes the San Francisco Salar, which covers 2,800 hectares and is partially filled by sediments eroded from older sediments on the eastern side of the salt lake.

Bass notes that San Jorge has well developed evaporite surface in the far north and northwest of the salar while halite is present in the west and central part of the sale lake. It expects lithium brine to most concentrated in the centre of the salar or in the south as it appears the most significant surface inflows may be from the north towards the salt lake.

The company adds the project is a logical addition to its considerable graphite and lithium assets in Madagascar and to its strategy to become an integrated supplier of both anode and cathode materials to the burgeoning world demand. 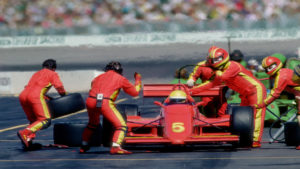