Hombre Muerto is proven to host the highest grade and lowest impurity levels within Argentina and is home to Livent Corporation’s El Fenix operation and Galaxy Resources and POSCO’s Sal de Vida projects.

Candelas: a ~15km long by 3-5km wide valley filled channel which project geophysics and drilling have indicated the potential to host a substantial volume of brine and over which a maiden resource estimated 685kt LCE (Oct 2019). Furthermore, Candelas has the potential to provide a substantial amount of processing water by treating its low-grade brines with reverse osmosis, this is without using surface river water from Los Patos River.

Hombre Muerto West (HMW): a ~14km by 1-5km wide of the west coast of Hombre Muerto salar neighbouring Livent Corp to the east. HMW is currently comprised of seven concessions – Pata Pila, Rana de Sal, Deceo III, Del Condor, Pucara, Catalina and Santa Barbara. Geophysics and drilling at HMW demonstrated a significant potential of a deep basin. In March 2020, a maiden resource estimate delivered 1.1Mt of LCE for two of the largest concessions (Pata Pila and Rana de Sal), That resource now sits at 2.3Mt of LCE with exploration upside remaining for the rest of HMW concessions not included in the current indicated resource.

Greenbushes South Lithium Project: Galan has an Exploration Licence application (E70/4629) covering a total area of approximately 43km2. it is approximately 15kms to the south of the Greenbushes mine. In January 2021, Galan entered into a sale and joint venture with Lithium Australian NL for an 80% for the Greenbushes South Lithium project (‘the project’), which is located 200km south of Perth, the capital of Western Australia. With an area of 353km2, the Project was originally acquired by Lithium Australia NL due to its proximity to the Green bushes Lithium Mine (‘Greenbushes’), given that the Project covers the southern strike projection of the geological structure that hosts Greenbushes. The project area commences only about 3km south of the current Greenbushes open-pit mining operations. JP is a Chilean/Australian mineral industry professional with 18 years broad experience in ASX mining companies, stockbroking and private equity firms JP has been a specialist lithium analyst in Australia, has also operated a private copper business as in Chile and has also worked for BHP, Rio Tinto and Codelco. A civil industrial engineer Mr Jimenez has worked for world leader in the lithium industry Sociedad Química y Minera de Chile (NYSE:SQM, Santiago Stock Exchange: SQM-A, SQM-B) for 28 years based in Santiago, Chile. His last position  was as Vice President of Sales of Lithium, Iodine and Industrial Chemicals where he formulated the commercial strategy and marketing of SQM’s industrial products and was responsible for over US$900 million worth of estimated sales in 2018.

Previously COO SKILLED Workforce Services Western Mining Region. Mr Chalwell has been involved in the gas to coal conversion of the Mica Creek Power station in Mt Isa and the Pasminco Century Mine in North Queensland. 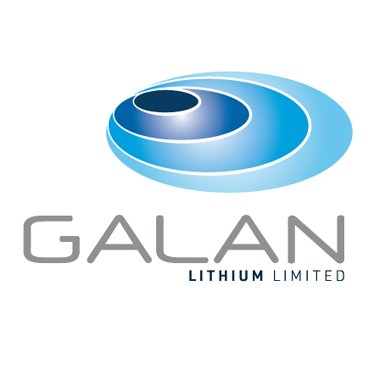