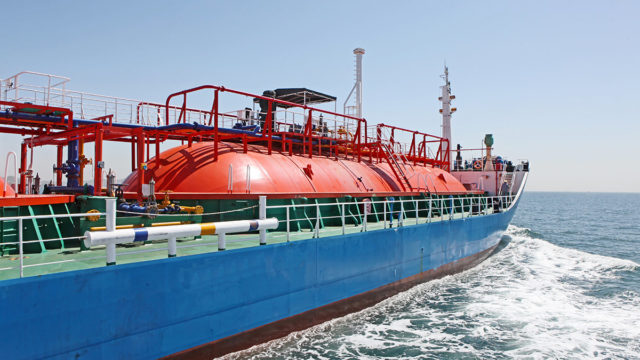 Gas stocks guide: Here’s everything you need to know

Gas is the other major hydrocarbon aside from oil and is used primarily to generate electricity and for appliances such as heaters and stoves.

Unlike oil, which has both the Brent and West Texas Intermediate benchmarks, the high capital costs required to transport gas efficiently over long distances means that most gas supply is still governed by long-term contracts that are often linked to oil prices, though there is a growing spot market.

In Australia, the gas market is divided by geology with conditions in the east being vastly different from those in west.

In Western Australia, gas prices have been constrained to a range of between $3 and $4 per gigajoule in large part due to the state’s domestic gas reservation policy, which requires the big gas developments to retain 15 per cent of production for domestic use.

Gas prices are a lot higher on the east coast, though prices have fallen from a high of $11 per gigajoule in October 2018 to about $6.40 per gigajoule due to increased production.

Like oil, gas is formed organic matter, created from the buried bodies of dead organisms such as plankton and algae, subjected to intense heat and pressure over millions of years.

The gas was then trapped in areas where permeable rocks – carbonates and sandstones that have lots of pores within them – are covered by rocks with low permeability.

Unlike oil, which is typically a mix of different components, natural gas consists of methane – a simple molecule consisting of one carbon atom surrounded by four hydrogen atoms.

Besides its use for power generation, gas can also be used to produce fertilisers and in numerous industrial processes.

Australia has significant gas resources and is also the world’s largest exporter of liquefied natural gas, which is gas that has been supercooled into a liquid for efficient transport over long distances.

From the late 2020s, the IEA predicted LNG would overtake pipeline gas. But uncertainty remained as to the scale and durability of demand for LNG imports.

Australian energy advisory firm EnergyQuest noted that Australia produced a record amount of gas in the September 2019 quarter, with the east coast pumping out a stunning 500 petajoules (473.9 billion cubic feet) of gas while the west produced 108.5 petajoules.

This is up 4 per cent and 11 per cent respectively.

Senex Energy (ASX:SXY) has been progressing its Project Atlas and Roma North coal seam gas plays in the Surat Basin with final investment decisions made for both projects this year.

In December, Senex reached a deal to supply Orora with a further 9.9 petajoules of gas over six years from 2022 to 2027, bringing the total contracted volume from Project Atlas up to 13.2 petajoules.

Strike Energy (ASX:STX) and Warrego Energy (ASX:WGO) have been the darlings of the year on the smaller end of the market after their belief in the prospectivity of their West Erregulla-2 well in Western Australia’s Perth Basin was validated in a big way.

After announcing that they had discovered gas in the Wagina, Kingia and High Cliff sandstones back in September, the dynamic duo subsequently proved the well’s ability to produce commercial quantities of gas.

And they didn’t do things by halves, West Erregulla-2 produced gas at a stunning 69 million cubic feet of gas per day, well above the initial flow test results from all but one of the initial wells at the nearby producing Waitsia gas field.

Also in the Perth Basin is Norwest Energy (ASX:NWE), which is chasing up the same Kingia sandstone that has already been de-risked by West Erregulla-2 and Beach Energy’s (ASX:BPT) Beharra Springs Deep-1.

The company and its operating joint venture partner Energy Resources – the energy arm of Mineral Resources (ASX:MIN) – have approved the drilling of the Lockyer Deep well in the first half of 2020.

Lockyer Deep targets potential resources of up to 1.12 trillion cubic feet of gas.

Central Petroleum (ASX:CTP) has existing gas production from its Mereenie field in the Northern Territory and is progressing its Range gas project in Queensland.

It booked a maiden gas resource of 270 petajoules (half of that net to the company) in August and is targeting first gas sales in 2022.

The company also reached a new gas sales agreement to supply up to 21.9 petajoules of gas over three years to major retailer AGL Energy from the Mereenie field.

Like Central, Armour Energy (ASX:AJQ) has existing gas production, this time from the Kincora project in Queensland’s Surat Basin.

In October 2019, it signed a binding term sheet for oil and gas major Santos (ASX:STO) to take up to 70 per cent of the South Nicholson Basin oil and gas project by paying $15m in cash and further payments of up to $15m subject to certain conditions being met.

Santos will also carry Armour’s share of expenditure within the tenements up to a combined total of $65m.