BGH up stake in Virtus as takeover battle continues

As the fight for fertility company Virtus Health (ASX:VRT) between equity firms London-based CapVest and Melbourne’s BGH Capital heated up both changed their holdings in the company.

After already lifting its stake in Virtus to just shy of 20 per cent earlier this year, entities controlled by BGH including Oceania Equity Investments have been making a series of  buy-ups.  By May 27 BGH had a 26.26% stake in the company then almost doubled that to 50.45% on May 30 (based on 85,536,996 shares on issue).

BGH last week increased its takeover offer to $8.15/share with Virtus informing the market it had received no response from CapVest to its request as to whether the company will increase its offer.

According to Morgans Financial, Virtus intends to pay a special fully franked dividend of up to 30 cents/share if BGH acquired at least 50% by 7pm on May 31 and 90% by June 14. Virtus needs now to pay a break-fee of $7.2m to CapVest.

Virtus had put out a 604 form Notice of change of interests of substantial holder announcing Evergreen BidCo Pty Ltd (CapVest BidCo) increased its stake in the company to 1.04% on May 26.

While falling under the 5% substantial holdings threshold, the announcement appeared to be given as a requirement under the CapVest takeover offer.

In jargon terms the nature of change was: “Acquisition of a relevant interest as a result of acceptances of
offers dated 26/05/2022 made under CapVest BidCo’s off-market takeover bid for all of the ORDs in Virtus on the terms set out in the transaction booklet prepared by CapVest BidCo and Virtus dated 5 May 2022.”

Meanwhile, Virtus Health put out announcement informing the market Samson Rock Capital LLP had become a substantial holder in the company on May 18 with a 5.14% holding before dropping it down to 4.12% on May 24.

The Virtus share price has risen more than 30% in the past year climbing above the $8 mark.

High growth ASX health stocks have felt the brunt of bearish sentiment this year. The S&P/ASX 200 healthcare index had fallen 6.42% in the past year.

Whether they don’t want to risk further falls or are wanting to grab a bargain, major investment houses have been changing their substantial holdings in health stocks.

Superannuation and Investments HoldCo Pty Ltd and its related bodies corporate listed became a substantial holder with a holding of 5% on May 16 in pharmacy group Sigma Healthcare (ASX:SIG)

US investment bank JPMorgan Chase & Co. and its affiliates became a substantial holder of Clinuvel Pharmaceuticals (ASX:CUV), with a 5.08% stake on May 17.

Regenerative medicine company Mesoblast (ASX:MSB) announced JPMorgan Chase & Co and its affiliates ceased to be a substantial shareholder on May 25.

The central bank of Norway Norges Bank became a substantial holder with ~5.40% on May 25 in radiology and diagnostic imaging provider Integral Diagnostics (ASX:IDX).

If you’re wondering why a central bank is investing well apart from having traditional central bank responsibilities such as financial and price stability, Norges Bank manages the Government Pension Fund of Norway.

BlackRock Group and subsidiaries named became a substantial shareholder in private hospital operator Ramsay Healthcare (ASX:RHC) with a 5.07% stake on May 26. Ramsay is currently subject of a $30 billion takeover bid by US investing giant KKR.

CPS Capital Group founder and managing director Jason Peterson became a substantial shareholder of vanadium-gold explorer Surefire Resources (ASX:SRN) with a 6.16% stake on May 13 and increased his holdings in lithium play Tyranna Resources (ASX:TYX)  from 9.99% to 11.52% on May 17 through entities with which he is associated.

According to the latest release put out by copper mid-tier Oz Minerals (ASX:OZL), US financial service giant State Street Corporation (NYSE:STT) and named subsidiaries became substantial holders on May 23 with a 5.13% stake.  State Street were actually substantial shareholders before this date and have been buying and selling holdings in the company throughout April and May.

Hong Kong’s BPM Capital became a substantial shareholder of fellow copper play  Helix (ASX:HLX) on May 19 with a 5.39% stake.

There has also been movement in ASX gold stocks during May as investors fled to safe havens, despite the spot price falling to below US$1,800 an ounce mid-May before starting to recover.

While seen as an inflation hedge, gold is sensitive to rising US short-term interest rates and bond yields, which increase the opportunity cost of holding bullion. The strengthening US dollar has also increased pressure on gold prices.

But on the down side Pilbara gold explorer GCX Metals  (ASX:GCX), formerly Paringa Resources, saw several reductions its substantial holdings during May.  Australian Super sneaks in here because it substantially dropped back its holding from 14.77% to 6.09% (close!) on May 17.

– GCX holds the rights to the Onslow Gold Project in the Pilbara. BNYMC and each group entity listed dropped back its holding from 16.34% to 7.22% on May 19 and further reduced its holding to 5.64% on May 27.

– Superannuation and Investments HoldCo and its related bodies corporate listed dropped back its substantial holdings in GCX from 10.79% to 6.61% on May 19.

– First Sentier Investors Holdings and its related bodies corporate listed also dropped back its holding in GCX from 6.61% to 5.37% on May 29.

– The Commonwealth Bank of Australia and its related bodies corporate listed reduced its holding in GCX from 10.99% to 6.61% on May 19.

But on a positive note for GCX, Tribeca Investment Partners became a substantial shareholder with a 19.85% stake on May 27. 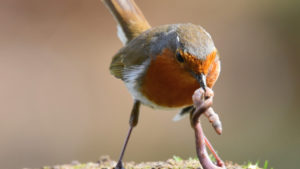