Aerial imaging company Nearmap (ASX:NEA) has strong growth ambitions and plans to boost its coffers by $90m to help it hit new heights.

The broader aerial imaging industry is one of the few virtually unaffected by COVID-19.

Earnings came in at $9.1m, although it still booked a $36.7m loss after tax, with the company pointing the finger at significant investments made across the business.

Nearmap also told shareholders it had seen a good start to this financial year, reporting trading conditions were “consistent” with the same period last year.

Nearmap has now completed a placement that raised $72.1m at $2.77 per share and is hoping to raise a further $20m from existing shareholders.

The company wants to capitalise on the “momentum of the business and the tailwinds in the industry”.

CEO Dr Rob Newman pointed to the roofing, insurance and government as three industry verticals the company had done well in and would target going forward.

These three industries account for over two thirds of its ACV in the North American market.

“We see a significant opportunity for Nearmap to establish a leadership position in each,” Dr Newman said.

The company will also continue manufacturing the next generation of its cameras in anticipation of a roll out next financial year as well as an upgrade of its operational systems and data.

It also hinted that it may hit the acquisition trail in coming months, noting the proceeds would give it flexibility to pursue appropriate targets.

Shares fell 11 per cent this morning but are still in positive territory in 2020. The company has advanced over 300 per cent since September 2017. 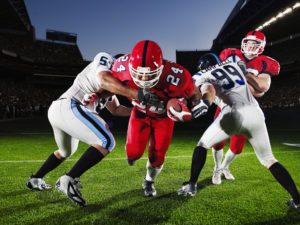