In most circumstances, $10 billion is a little too high a market cap for Stockhead to cover. But the biggest story on the ASX today is the news that $21.9 billion Las Vegas casino operator Wynn Resorts has approached Crown Resorts, owner of Crown Casino in Melbourne and Perth, with a takeover offer valuing the gambling giant at $10 billion.

Crown is considering the offer.

Below are the key ASX small cap winners and losers at lunch Tuesday April 9, who might be feeling a little extra small today following that big news.

A best-ever quarterly result for solar security camera makers Spectur (ASX:SP3) sent its shares up 13pc this morning to 11c.

Revenue in the 2019 financial year to date stands at $3.4 million, up 96 per cent on this time last year. Camera rentals, sales, active cameras in the field and recurring revenue from the software that comes with the products all rose year-on-year.

Digital speaker maker Audio Pixels (ASX:AKP) still doesn’t have a product but shares in the company, worth $555 million, rose as much as 13 per cent today to $20.02 after it rolled out an update to investors saying that the refinement of the fabrication process is in its “final stages”. The speaker has been 12 years in the making.

Its annual report, released last month, showed revenue of just $86,961 and full-year loss of $4.5 million. Its board of directors and key management staff paid themselves $663,570, an increase of more than $10,000 on the prior year.

More vanadium for Pursuit Minerals (ASX:PUR) sent the miner’s shares up 24 per cent to 2.6c this morning.

Metallurgical test work on vanadium mineralisation from the Airijoki Project in Sweden and the Koitelainen Project in Finland have delivered substantial increases to the mass recovery and overall recovery of vanadium into vanadium magnetite concentrates, the company said.

(And Crown Resorts (ASX:CWN), for what it’s worth, rose 22 per cent today — almost unheard of in a single session for a large cap — to $14.32 a share, the stock’s highest point since August last year.)

Orminex (ASX:ONX) shares fell 21 per cent to 11.5c this morning after revealing that its strategic partner had lost a contract. GBF Mining had secured a 12-month lease with an attached option to buy 50 per cent of the Burbank’s Mill from Maximus Resources (ASX: MXR).

But Orminex told the market today GBF received a termination notice from Maximus. “Orminex advises that the matter will not cause any short-term impact on mining at Comet Vale and the company will provide an update of mining activities in due course,” it said. 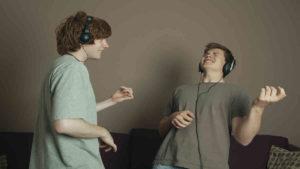