Health: Cann Group gets the next tick of approval for its medicinal cannabis operations

Australia’s cannabis industry continues to edge forward under the watchful eye of regulators.

For now, it’s the Office of Drug Control’s world — and domestic cannabis companies just live in it.

The latest update on that front is from medicinal cannabis player Cann Group (ASX: CAN), which just got approval from the ODC for its two existing manufacturing facilities in Melbourne.

Shares in Cann Group were up almost 6 per cent in morning trade to $2.33.

“The licences relate to the manufacturing, packaging, storage, transport and disposal of medicinal cannabis in final dose and intermediate forms,” Cann Group said.

The company said it now holds all the necessary licenses for cultivation and production under the Narcotics Act, as well as import/export permissions under the Customs Act.

But to complete the manufacturing approval process, Cann Group will still need to apply for and receive the relevant permits related to the “undertaking of specific activities” under the licenses.

Ag-tech company Roots Sustainable (ASX: ROO) says it has successfully conducted the first table grape harvest using its patented Irrigation by Condensation technology. The grapes were grown using only condensation from humidity in the air. Roots said the product would allow for “small and medium scale food production in areas with no stable access to local electricity or water”. ROO shares were down 6.35 per cent at 5.9 cents.

Oventus Medical (ASX: OVN), which manufactures mouthguard devices to treat sleep apnea, has announced a capital raising to finance a tilt at the North American market. It follows a number of recent agreements signed with sleep groups in Canada and the US. Oventus said it had “firm commitments” for a $7m placement and will also launch a fully-underwritten $2.3m share issue. Shares in OVN rose more than 20 per cent to around 56 cents.

Medical tech company Proteomics International (ASX: PIQ) announced it has signed two more analytical services contracts with Linear Clinical Research, to the value of $418,000. The partnership is in support for clinical studies being carried out by Linear, to test the safety and efficiency of two autoimmune disease drugs for two China based pharmaceutical companies. Shares in Proteomics were up 1.5 per cent to 34 cents.

And shares in biotech company Cellmid (ASX: CDY) were down 6.5 per cent to 21.5 cents, after the company released its latest 4C quarterly filing. Cellmid said it expects an operating loss of less than $1m in FY19.

“We remain confident that our revenue growth and operating leverage will lead to profitability in our consumer health business in FY20,” the company said. 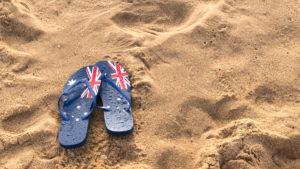