Creso Pharma (ASX:CPH) has received its first order in Nova Scotia as it works to diversify its revenue streams.

The order is for two of its premium strains, HPG13 and Lemon Haze, which will be sold under the brand name Ritual Green in dry flower form.

The recreational cannabis will be sold in Nova Scotia Liquor Corporation stores and its e-commerce platform.

Mernova managing director Jack Yu said the initial purchase order “is the first step to Mernova establishing itself as a trusted supplier of high-quality, locally grown, artisanal cannabis products to the NSLC”.

Yu said the company would be adjusting its grow scheduling and ramping up production of its highest quality strains to meet the supply chain demands of the NSLC and other provincial purchasers.

“We plan to take full advantage of this opportunity to build our brand and brand loyalty in our home province of Nova Scotia and I look forward to providing further updates in the near term,” Yu said.

State of the art facility

As previously reported, Mernova has a state-of-the-art, GMP-ready Windsor facility in Nova Scotia that was completed towards the end of 2018.

It has the potential capacity to produce up to 3,500kg of cannabis annually and expansion capability of up to 10 times this amount.

Creso has also picked up orders for its premium medicinal cannabis products in Israel, Pakistan and South Africa.

Israel in particular is recognised as one of the more active medicinal cannabis markets, so Creso says that Univo is ordering from them is a testament to the quality of its product.

Creso also sees “major opportunity” in Australia after an interim decision last month to loosen regulations around low-dose CBD oil, making it available at pharmacies rather than via a doctor’s prescription. 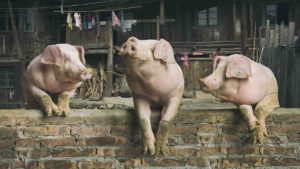