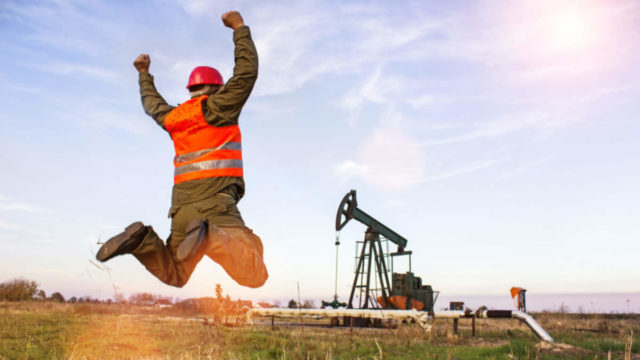 Red Sky could have a lot more oil than it thought at Killanoola. Pic: Getty Images

Red Sky could have a fair bit more oil at Killanoola

There has already been considerable excitement around Red Sky Energy’s (ASX:ROG) Killanoola oil project in South Australia given its potential to be quickly brought into production.

It is thus no surprise that shares in the company jumped more than 30 per cent this morning after it noted that a new petrophysical analysis had identified an extra 37m of potential net oil pay at the Killanoola-1-DW1 well.

This adds to the currently perforated 5m pay zone and is encouraging given that Killanoola-1-DW1 was first drilled in 1998 and produced 300 barrels of oil per day before declining quickly as a result of the waxy nature of the crude oil.

It also follows on the recent petrophysical evaluation of Killanoola Southeast-1 that identified 16m of net pay.

Red Sky is now working to revise its work program to include tests of the newly identified pay zones.

It is waiting to perforate and test the new pay zones in both wells that if successful, will allow the company to book reserves.

“Our focus remains on recommencing production at the Killanoola-1DW-1 well as soon as possible and to create cash flow.

“In addition, Red Sky will now include testing of these newly identified pay zones into our work program.”

The company previously estimated that Killanoola could host about 7 million barrels (MMbbl) of oil and that about 40 per cent of this, or 2.8MMbbl, could be recoverable using modern enhanced oil recovery techniques.

These techniques are commonly used in North America for oil with waxy attributes.

Meanwhile, Strike Energy (ASX:STX) has estimated that its proposed Project Haber urea development could reduce Australia’s urea fertiliser carbon dioxide emissions footprint by between 50 per cent to 60 per cent, or about 650,000t to 795,000t of CO2.

The project, which will use the company’s gas resources to feed a 1.4 million tonne per annum facility, could deliver $8.4bn in gross domestic product over its life and generate $144m of federal taxation revenue per year.