Directors’ Trades: Which Malaysian Rich Listers spent over $38 million on their own ASX stock?

The past fortnight has been quieter for ASX directors trades but two trades from Malaysian directors of United Overseas Australia (ASX:UOS) made up $38 million of the total.

According to Forbes, the pair are both in the top 50 richest people in Malaysia with the former at No 36 with US$455 million in wealth and the latter at 50 with US$315 million.

Both participated in a dividend reinvestment plan, which allows shareholders to buy more shares with their dividends. Kong Choon Song received $21.58 million in shares while Kong Pak Lim received $16.55 million.

Two other notable traders came from some of the few ASX companies still involved in graphite.

Although graphite is a battery metal and many other battery metals have gained the uptake in electric vehicles, many stocks suffered from the US-China trade war as well as Tanzania’s regulatory changes in 2018.

But there have been signs of life in the sector and in certain companies in recent weeks. One was Volt Resources (ASX:VRC) which is buying 70 per cent of a Ukraine-based graphite business which immediately took it to the production stage.

Another is Quantum Graphite (ASX:QGL), which spent three years last decade in securities purgatory but has resumed exploration at its South Australian project.

Other buyers included Lev Mizikovsky of Astivita (ASX:AIR). His company manufactures a brand of zinc-based sunscreen and he chipped $3 million into his company’s rights issue.

Whitehaven has had a mixed run of late. Despite multiple production downgrades, the share price has held up thanks to the strong performance in coal prices in recent weeks.

And Michael McMullen from copper play Venturex (ASX:VXR) bought $461,017 in a placement.

One options trade was made by Magnetite Mines (ASX:MGT) executive chairman Peter Schubert who acquired nearly 5.3 million shares through a option conversion for a consideration of $264,889.

The entire option conversion saw 85 per cent of the quoted 31 May options exercised raising 7.52 million in fresh capital for the company. 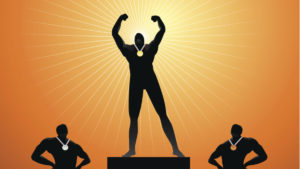