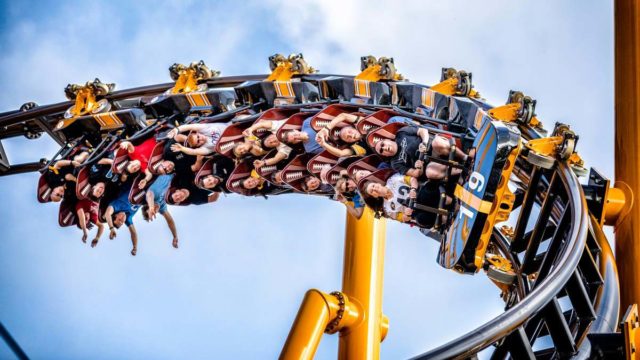 The Secret Broker: What Swedish comedians and inverted nipples can tell you about the bond market

I learnt what inverted meant 40 years ago.

This month must go down for me as the moment in time when headlines have become weird and scary.

The biggest one for me was the one that highlighted the sematic shift in the world order and the way in which the world is changing and taking us into unknown territory.

The headline was ‘Swedish comedian wins award for funniest joke at the 2019 Edinburgh Comic Festival’.

That’s right. The land that brought us meatballs and flat pack furniture with three extra screws, is now branching out into comedy, something that to me is a black swan event of mega proportions.

Maybe the comedian’s name, Olaf Falafel, may suggest that he was a bit of a ring-in but nevertheless his winner was actually quite funny.

He took out the title with “I keep randomly shouting out ‘Broccoli’ and ‘Cauliflower’ – I think I might have florets”.

All I could think about was a Swedish broking room full of vegans, where the swear jar has been replaced by the vegan jar and everytime there was some excitement and the odd expletive Tomato or Carrot let loose, a 1 Krona coin was collected.

I was lucky enough to have been to Sweden, on a school exchange, when I was about 15 and I can tell you there was no supressed comical underground movement happening.

What I can report though, was my Swedish family had an 18-year-old daughter who liked England and we had a quick dalliance on a couple of occasions where she helped a 15-year-old me to understand the true meaning of something being ‘inverted’.

In my ‘Britt Ekland’ moment in the sun, I discovered that she had inverted nipples, so they went the other way to which they should.

I did not realise then, that 40 years later her gift to me would pop up in financial headlines as the “bond market yields have become inverted”, so my early fumbling discovery years meant I was ahead of the curve on what the meaning of the term really means to the bond market.

They are now going the wrong way.

I must admit, that all of the articles written on the subject make me laugh (even though I don’t subscribe to the Swedish AFR) as no one really knows where this is all heading.

From know-it-all financial journalists to professors who have studied economics and have funny letters after their name, none of them know.

Here is how weird the world has become and none of the above-mentioned experts had predicted any of this. I feel like we are all paddling down a nice quiet stream and the upcoming bend does not indicate that as we go around it, we will hit the top of the Niagara Falls or we will just keep peacefully rambling along.

Are we going to have a recession?

Who knows, but what I do know is that companies like BHP (ASX:BHP) will be able to issue bonds and develop mines and extract resources on terms that we will never see again, and middle-sized industrials will be able to issue preference shares on a yield below 6 per cent, pay down debt and still produce returns on capital north of 20 per cent.

So, businesses with real tangible assets will flourish and if you follow Warren Buffet, you will understand what all this means for the long term. His words of wisdom are all you need to listen to, not the headline grabbing click bait press experts.

So, keep paddling along and I think we will be alright. Trim the portfolio a bit, have some cash ready for classy equity issues with a coupon and try not to be tempted by the wrong type of hype, and just follow the experienced operators, like Warren. He’s buying banks, by the way.

How au contraire is that!