The acceleration of cloud computing has been one of the biggest impacts of COVID-19 but new research from the ABS shows just how great it has been.

In 2015-16 only 31 per cent of Australian businesses were leveraging paid cloud computing services; today it is 55 per cent.

Big providers include ASX large cap NextDC (ASX:NXT), which is more than a 10-bagger since its IPO a decade ago, as well as Amazon Web Services.

Despite the dominance of the larger companies there are a handful of small caps.

DXN focuses on regional telcos, resources and subsea cable operators. While the company’s share price has not seen the same performance as many of its peers it is seeing better times than 12 months ago.

It made $4.5 million in cash receipts in the first three quarters of FY21 – a 35 per cent improvement on the prior corresponding period.

As for WA-based DC Two, it is up 50 per cent since its listing six months ago and has mentioned NextDC as a company it aspires to be like.

In its most recent quarterly it reported a 67 per cent in quarterly cash receipts and that it hopes for its Bibra Lake data centre to be fully operational and online in this quarter with the first revenues due soon after that.

Sovereign Cloud Holdings (ASX:SOV) (which trades as AusCloud) is like DC Two – a recent listee and is focused on the government and critical industries. The company opened FY21 with $800,000 in Total Contract Value but finished the most recent quarter with $2.65 million.

The company secured 13 new contracts during the quarter including four new customers, three expansions and the remainder as renewals.

Archtis (ASX:AR9) has been on the bourse since 2018 but has a similar focus to AusCloud. It focuses on helping its clients secure critical information. 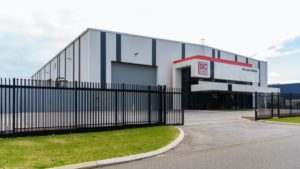