Telco Talks: Aussie Broadband MD Phillip Britt on ABB’s tripling since its IPO and what its future holds

Aussie Broadband (ASX:ABB) is one of several telco stocks to have listed on the ASX in the past two years and gone well since listing.

The company last October listed at $1 per share and has continued to grow since then, now trading at $3.11 per share as investors relish its continued growth in subscriber numbers.

Aussie Broadband was founded in 2008 after the merger of two regional telcos formed five years prior and today it provides 342,000 connections to the nbn and is Australia’s fifth largest provider of nbn connections.

We ask Aussie Broadband managing director Phillip Britt about what we can expect in the coming months from his company including if it might undertake mergers & acquisitions in the future and what makes it stand out from the competition.

How have things been for you as a company since listing and for the broader telco sector? It seems investors are excited about both at the moment

“I think the market seems to like how we’re operating,” Britt told Stockhead.

“Listed life has been treating us well and we’re happy with the way things are going.”

How’s the market been in the telco sector? Investors seem to be excited about your company but there seems to be a lot of competition

“The telco sector itself is highly competitive at the moment driven off the back of nbn’s focus on fast campaigns.

“That’s creating a lot of price pressures in those tiers as telcos try to take advantage of the packages the nbn is providing.

“So it’s an interesting time.”

You just announced you’re opening an office in Perth. Would you say it’s competitive pressures – I’m going to drop a name, Pentanet – that are driving this trend to gradually expand?

“No, they’re [Pentanet (ASX:5GG)] in a completely different sort of market space to us, really.

“The main driver of going to Perth is the time difference for us. During daylight saving it is a three-hour difference – that makes quite a difference to our rostering and so on.

“It allows us to offer more extended hours so that was the primary driver of going to Perth.

“Different time zones, different geography and skill sets to what we can access on the East Coast.

“It [Perth] was the home of iiNet for a long time so there’s a lot of smart people over there so we want to access some of those.”

You said around the IPO you hope to finish the rollout of your dark fibre network by 2022. Is this still on track and what will it mean for your consumers?

“It give us significantly more network and give us he ability to scale quickly.

“We’re still on track and it will make a difference for our team.”

What else are you hoping for over the next 12-24 months? Are you hoping to simply grow your user base or do you have other projects that are underway?

“Certainly grow our user base, consolidate the network down and get that frame that’s capable of going beyond a half a million customer mark.

“So they’re our key focuses and just continue to go doing what we’re doing.”

Your company began as part of an M&A. Is it possible you may take some M&A in the future or some smaller scale corporate tie ups?

“We’re looking for customer based acquisitions but also skill and experience type acquisitions, particularly in the business segment.”

And on that, do you think there might be some more mergers in the broadband space and maybe this could be a challenge for the Big 3 telcos and the share they have?

“Those providers – they do have a big presence in the market but we’re chipping away at it and we’ll continue to do so.”

And what would you say makes your company stand out both from an investor and customer perspective?

“From a customer perspective it’s all about the customer experience.

“The reason people choose us – our speeds are what you’d expect and our customer team are focused on the customers so they provide an outstanding experience.

“From an investor view point I think they like that we’re straight talking; we’re up front with things whether they be good, bad or otherwise.

“One of our core value is no bullshit – we work that way with our investors as well.” 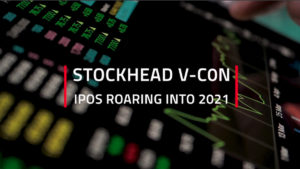