The closely-scrutinised cohort of BNPL stocks on the ASX was one of the hardest hit sectors in the March selloff, as markets assessed the potential impact on top-line revenue stemming from a sharp fall in demand.

But a number of stocks in the sector have bounced back strongly since then. And trading updates from Sezzle and other players, including Afterpay (ASX:APT), indicate that for now, those fears were overplayed.

The company also added more than 114,000 new active customers, up from an average of around 78,120 per month in the March quarter.

In response, investors sent Sezzle shares back above the $2 mark for the first time since late January.

Sezzle said UMS for the March quarter came in at $US119.4m, a gain of 321 per cent from the prior year comparative period.

The company included a chart of US spending data compiled by Bank of America, which illustrated the rapid scale of spending declines across the hardest-hit COVID-19 sectors such as travel, airlines and restaurants.

Across a total of 17 sectors, just three reported a spending increase between March 3 and April 10 — groceries, online retail and online electronics.

Highlighting 42.6 per cent growth in online retail transactions over the period, Sezzle said it was “well-positioned in e-commerce”, with UMS up 316 per cent from the prior year period.

In response to the COVID-19 crisis, Sezzle said it’s now allowing customers up to two free payment reschedules per order.

The company said it will “continue to evaluate additional payment flexibility to support our shoppers”.

Another payments company, Splitit (ASX:SPT), also had some news, announcing a partnership deal with online US mattress company Purple. The company also hired a new chief financial officer, Ben Malone, who joins the company after three and a half years as CFO of ASX-listed software-as-aservice (SaaS) platform Livehire (ASX:LVH).

Shares in Splitit edged higher to 44.5c in morning trade. Although shares have risen off their post-crisis lows, the rally hasn’t been as strong as fellow BNPL players such as Sezzle and Afterpay. 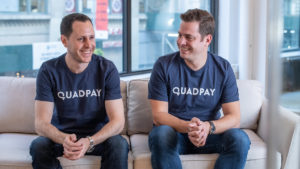