In November, mining services company PPK Group (ASX:PPK) announced it was buying a stake in a cutting edge nanofibre technology.

Boron Nitride Nanotubes (BNNT) were discovered 20 years ago by Nobel Prize winner Professor Richard Smalley who called it “the strongest fibre that you can make out of anything, ever”.

The super flexible ‘fibre’ is 100 times stronger than steel but as light as carbon fibre.

So this isn’t just any technology we’re talking about and investors knew it. Since November the PPK share price has increased over 135 per cent.

Last week, PPK finalised the acquisition of 50 per cent of the patented BNNT manufacturing technology developed at Deakin Uni in Melbourne.

BNNTs are seen as the future of key industries including aviation, automotive, space travel, power generation, electronics, defence and even sporting goods.

But the problem is that no one has been able to produce the nanotubes in large quantities, making it impossible to commercialise at scale.

But Deakin University scientists may have made a breakthrough. They are the only ones (probably) who have been able to manufacture BNNT at low temperatures, which is crucial to bulk scale commercialisation.

Right now, the project partners including PPK are ordering equipment to build the large-scale plant so bulk scale testing can begin.

PKK chairman Robin Levison says the board was very interested in finding other opportunities, both non-mining and aligned to mining.

“The BNNT opportunity really suits us well,” he told Stockhead.

“We feel that BNNT could be used in a range of areas in the underground coal mining space to strengthen equipment and improve battery technology.

“We see it having applications in underground drilling and methane gas extraction.

“These are high risk, high intensity spaces where a lot of things break due to stress.”

And then, assuming they can get the technology to work and the plant to scale to commercial quantities, PPK reckons other industries will beat a path to its door – particularly defence, aeronautical and medical.

“We think this is absolutely world-leading technology. If we can scale the trial plant to commercial size it will be very big news; not just for PPK and Deakin, but for Australia,” Mr Levison says.

As with any new tech, there are still significant risks to the scale-up process which is why PPK continues to build out the mining business.

“The dividend we reinstated, and the future dividends we expect to pay are coming from mining revenues and profits,” Mr Levison says.

“There are material risks in getting [BNNT to commercialisation] but we wouldn’t have invested if we didn’t think those risks were manageable.”

If the initial pilot scale testing proves a success, Levinson says the next step would be manufacturing as much BNNT as they can and selling it.

“But until we get this plant up and running and we know the volumes the plant can make the future is quite fluid.” 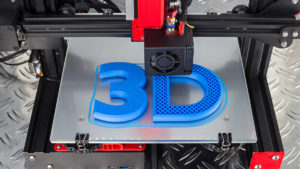