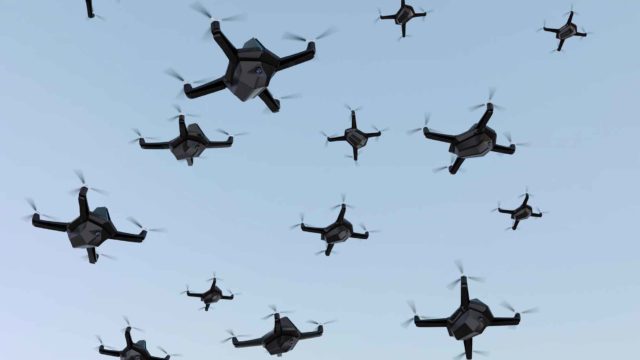 Ookami backs out of $1m crypto deal, steps into a $26m drone ICO

A day after it pulled out of a $1 million investment in the National Currency eXchange, Ookami is buying into an initial coin offer (ICO) for a drone data platform.

Ookami’s (ASX:OOK) subsidiary Akela, which allows early access for both professional and retail investors into IPOs and capital raisings, has secured an allocation of tokens in Soar’s ‘token generation event’ — jargon for an ICO.

As yet there is no white paper, an ICO version of a prospectus, so the details of the offer are not available.

An ICO is a form of crowdfunding where instead of offering shares an issuer offers digital tokens which can be traded on an exchange or or for digital services. Tokens do not confer ownership in a company.

Soar wants to raise $US20 million ($26 million)  from sophisticated investors, split between a $US15 million presale and a $US5 million public sale.

Soar will use the funds to develop a blockchain-based marketplace where hobby and professional drone videographers can sell their footage. The technology behind it already exists in the form of Mappt, geospatial mapping software made in Perth.

Akela will only make the offer available to sophisticated investors.

On Monday Ookami said it wouldn’t be exercising an option to invest $1 million into the National Currency eXchange, after discussions with the ASX.

Ookami director Brendan de Kauwe says the $1 million investment was supposed to be for a Series A round but it wasn’t the right timing for them.

The other aspects of the deal remain in force.

The company’s shares, which came out of suspension on Monday, were flat at 3.7c. Ookami benefited strongly from the blockchain hype that peaked in January, and has since fallen away.