(The Nissan Tsuru is Mexico’s most stolen car with more 9000 pinched last year. Ironically the model was discontinued recently due to its shocking performance in car crash tests.)

But where there is misfortune for local drivers, there is opportunity for Latin America-focused auto classifieds portal, LatAm Auto (ASX:LAA).

LatAm Auto’s Seminuevos (Spanish for preowned) and Patiotuerca websites are Mexican and Ecuadorian versions of carsales.com.au.

The sites are tapping into the increased uptake of online sales in Latin America — and adding finance, insurance and even installation of GPS tracking devices to used car sales.

“There are five million used car sales in Mexico alone each year and we think we can finance at least half of those,” says LatAm chairman Tim Handley.

“It is often a condition of financing that cars are fitted with devices to protect their security and customers also like it for peace of mind,” Mr Handley said.

This week LatAm reported $1.9 million in sales for the September quarter — though costs were higher, leading to cash burn of $2.1 million.

LatAm had $5.3 million in the bank at the end of the period and was forecasting costs of $4.6 million in the next three months. But the auto dealer was confident of reaching breakeven next year with a 46 per cent reduction in outgoings since December.

“The big data from these [GPS] devices proves very useful for insurance policies where we can have a tailored individual premium depending on where you drive or park your car and how many kilometres you go.”

An increased focus on services such as insurance has helped turn around LatAm’s bottom line after a failed attempt to go full-bore into their existing markets as well as Argentina, Peru, Panama and Bolivia.

With internet penetration increasing at rates Australia was seeing five to ten years ago, LatAm aren’t the only ones eyeing off the region.

But LatAm — which is worth $29.3 million is not intimidated by $3.3 billion rival carsales.com.

“It is all about the timing,” Mr Handley says. “Internet penetration has quadrupled in our markets and we are well-poised as the leading auto classifieds website.”

LatAm shares were unchanged on Thursday at 9.4c. 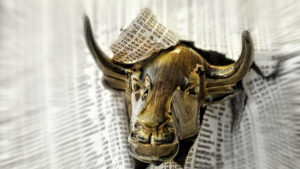