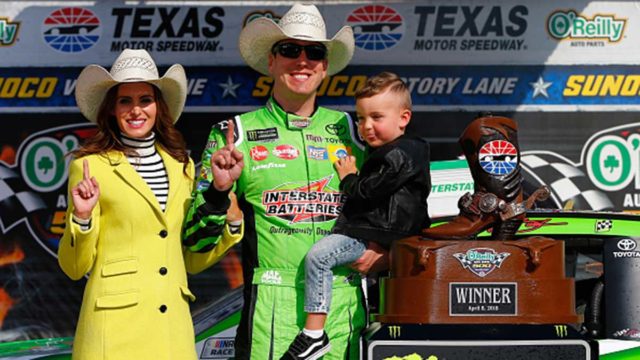 DroneShield’s suite of anti-drone solutions have this week been used to protect the 2018 NASCAR Cup Series – an event the department of homeland security designates a high threat for terrorism.

The top tier global race – of which Kyle Busch was the ultimate victor – was protected by the full spectrum of DroneShield’s arsenal, the DroneSentinal, DroneSentry and DroneGun.

It’s the first time all three have been used by US law enforcement, what chief Oleg Vornik described as significant for the $12 million company.

“Every NASCAR event is complex, and the selection of DroneShield as the sole provider of counter-drone products for the aerial protection of NASCAR is a testament to the quality and capability of our product suite,” he told the market.

This week’s event was designated as code orange by the US federal government agencies – the same level of threat as New York reached on the first anniversary of the September 11 attacks or in the fall-out from the 2005 London bombings.

Shares in the company (ASX:DRO) opened at 18c on Thursday, down from highs of 28c last month.

The company raised $2.55 million from institutional investors last month, at an issue price at 21c.

It told the market funds would be used to further develop its detection and countermeasure technology and to increase stock levels – what is in hot demand at events like the NASCAR Cup and continuing at the Gold Coast Commonwealth Games.

The technology has been reviewed by French president Emmanuel Macron and our own Defence minister Christopher Pyne, but DRO says they have as many as 90 contracts in the pipeline worth $57 million.