This week crypto enthusiasts around the world celebrate the May 22 anniversary of one of the earliest bitcoin purchases: two Papa John’s pizzas for 10,000 bitcoins.

Laszlo Hanyecz, a programmer, purchased the two pizzas in 2010 from another person in Jacksonville, Florida, according to The New York Times. In an interview with the newspaper in 2013, Hanyecz didn’t sound too broken up about the deal.

“It wasn’t like bitcoins had any value back then, so the idea of trading them for a pizza was incredibly cool,” Hanyecz said.

Still, those coins would be worth $US82 million at bitcoin’s Tuesday price of $US8,200 a coin.

There’s a Twitter account that provides a daily update on how much the pizzas would have cost based on the latest price of bitcoin. For its part, CoinDesk released a ‘Bitcoin Pizza Day‘ Price Tracker on Tuesday.

eToro sent Business Insider a pizza to celebrate the day. Here’s a picture: 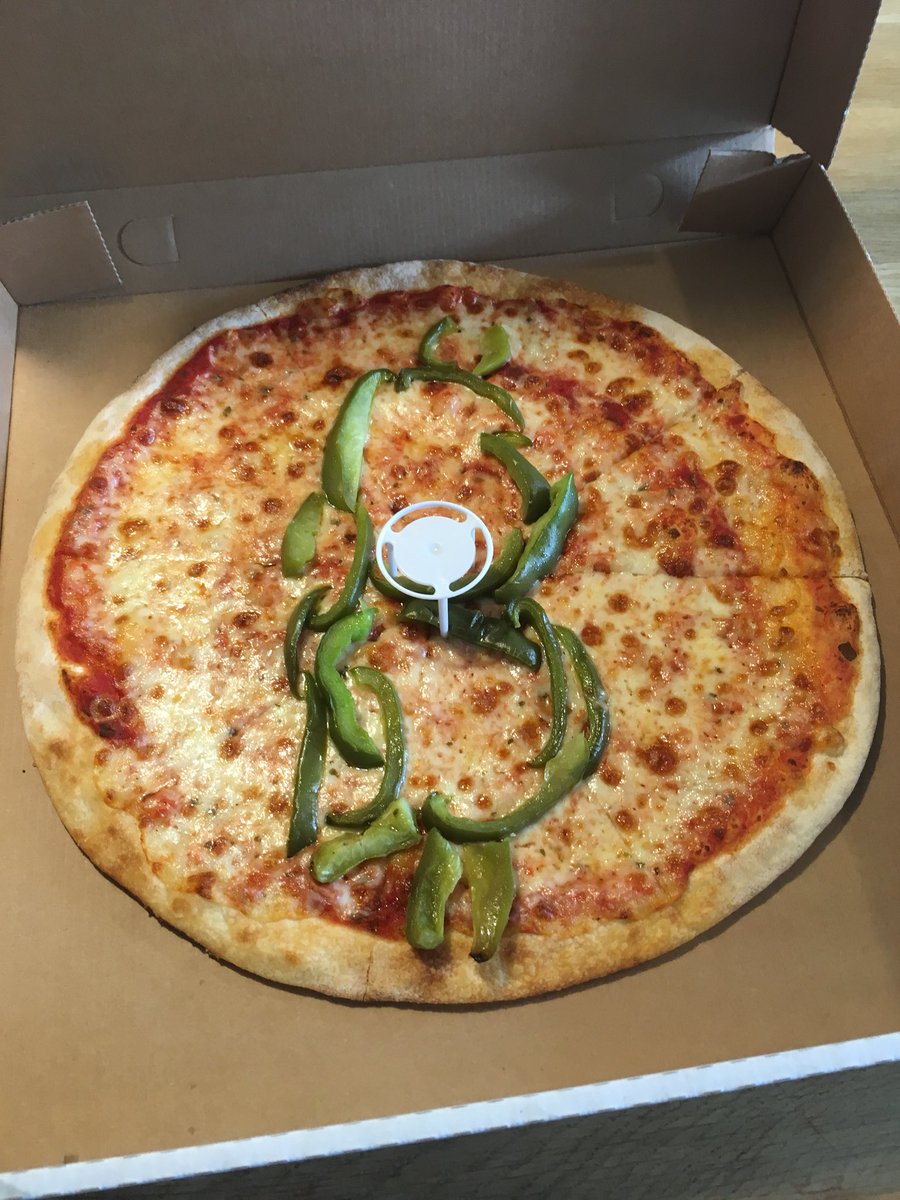 Bitcoin gained worldwide attention at the end of last year as it soared close to $US20,000 a coin and infiltrated trading and investment firms.

But its origins trace back to 2008 and an anonymous creator known as Satoshi Nakamoto, whose vision was to create a rival financial system based on a technology called blockchain.

Still, many merchants are wary of accepting bitcoin because of its spine-tingling volatility. Last year, Morgan Stanley described the lack of places to buy goods with bitcoin.

“The disparity between virtually no merchant acceptance and bitcoin’s rapid appreciation is striking,” the analysts wrote.

That hasn’t kept Wall Street away. Several top trading firms are active in crypto markets, including DRW and Virtu Financial.

Meanwhile, Goldman Sachs is preparing to launch a bitcoin-trading operation and Morgan Stanley has been looking to beef up its equity-research unit with crypto experts.