Strickland is embarking on the next stage of exploration at its Dusk til Dawn and Horse North prospects with drilling expected to start shortly.

This comes after a gravity survey highlighted some very exciting targets at Dusk til Dawn that are down plunge from previously intersected high-grade gold mineralisation.

Notably, the survey appears to confirm Strickland Metals’ (ASX:STK) view that mineralisation at the prospect plunges to the southeast and remains open, meaning that it had not been properly tested or evaluated by previous exploration.

It will kick off a 7,000m reverse circulation drill program at Dusk til Dawn later this month and a 10,000m aircore program at Horse North in the coming weeks.

“We’re very excited to begin this initial drilling in the coming fortnight. The company was always of the view that Dusk til Dawn represented some ‘low hanging fruit’ for initial exploration programs,” chief executive officer Andrew Bray said.

He added that if the upcoming drilling can demonstrate a link between the gravity feature and the gold mineralisation, the company could have something really special on its hands.

“Similarly, the Horse North drilling will be underway in less than a fortnight with a 10,000 metre aircore program,” Bray added.

“This drilling is designed to provide initial testing over the Celia Shear structure. This is an area which is host to high-grade gold mineralisation close by, and we are expecting the results of the aircore program to feed into future RC programs.”

Dusk til Dawn and Horse North

Dusk til Dawn has a current resource of 108,900oz of gold and is located on the northern end of the company’s Yandal Belt acreage in Western Australia’s Goldfields region.

However, the company’s new interpretation of mineralisation of the prospect differs from the previous view – on which the existing resource is based – that Dusk til Dawn mineralisation trends parallel with the main strike in stratigraphy.

It added that the pyrite content associated with gold mineralisation intersected in historical holes is believed to be generating the subtle gravity high feature at the prospect.

Should drilling successfully test this belief, things could become really exciting as the company has identified several regional lookalike gravity features along strike that draw strong parallels to Dusk til Dawn.

Over at Horse North to the southeast, drilling will occur predominantly over the clearly defined Celia Shear zone that trends northwards away from the existing Horse prospect resource of 148,100oz of gold.

There are several north-west secondary structures as well as potential areas of dilation which are ideal targets for gold mineralisation.

Strickland has also completed soil sampling at the Iroqouis zinc-lead prospect at the far northeastern end of its Yandal project.

Assays from this program are expected to be received during the current quarter. 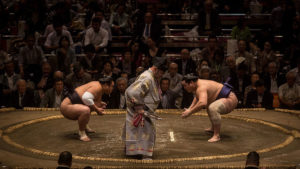