Rare earths newcomer Australian Strategic Materials (ASX:ASM) has had a rousing welcome on its first day of listed life following its demerger from Alkane Resources (ASX:ALK).

Shares in the company closed up 12 per cent to $1.40 from its opening price of $1.25 per share, giving Alkane shareholders – who were issued one ASM share for every five Alkane shares they held – a substantial bonus.

While the company did not raise any funds for its listing, it starts life with $20m in the bank and no debt thanks to the largess of its parent.

All major state and federal approvals and licences are in place, along with an established process flow sheet and a solid business case.

The project has a current resource of 75.18 million tonnes grading 1.89 per cent zircon, 0.44 per cent niobium and 0.74 per cent total rare earths oxide (TREO), which includes the neodymium, dysprosium and praseodymium.

Mining of the ore deposit will take place in a single open pit, then transported to the processing facility, which will be capable of receiving 1 million tonnes of crushed ore per annum once it is developed and operating at full capacity.

The company has already received support from Export Finance Australia, the Australian government export credit agency, which has confirmed its interest in forming part of the financing consortium for the proposed development of the Dubbo project.

Australian Strategic has also hit the ground running, reporting that its South Korean joint venture partner ZironTech had completed the first production run of 7.6kg of neodymium metal at their commercial pilot plant in South Korea.

The metal has a grade of 99.8 per cent, a higher purity than typically traded neodymium metal, and was produced using its patented reduction process.

Neodymium is a critical rare earth element that is essential for the manufacture of neodymium-iron-boron permanent magnets that are used in practically all offshore wind power turbines and are also common in the motors of electric vehicles.

The JV is also advancing the final commissioning of their electro-refining plant that is expected to produce high purity (99.9 per cent) titanium metal in August. 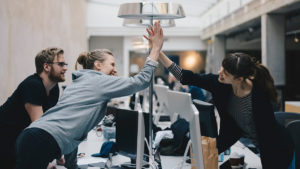