De Grey, one of the pioneers of the Pilbara gold nugget rush, identified a series of high-grade gold zones ranging from 5.2 grams of gold per tonne to 35.5 g/t at its Mt Berghaus gold deposit in the Pilbara, 60km from Port Hedland, WA.

Anything above 5 g/t is considered high grade. The hits were less than 60m below ground.

De Grey believes the Mt Berghaus project has “excellent potential to define an additional million ounces of resources, or more” throughout the 1480 sq km landholding.

“Mt Berghaus is a prime example of the more drilling we do, the more gold we find,” said De Grey’s technical director Andy Beckwith.

The explorer has recently discovered gold nuggets in the area and is now expanding exploration with an initial 25,000m drilling program targeting a range of systems at its Mt Berghaus, Withnell, Wingina, Mallina, Toweranna and Amanda deposits.

Bulk sampling of conglomerate-hosted gold targets was expected to “advance significantly during the 2018 field season”.

Investors fell in love with De Grey Mining in September when its shares initially doubled after the explorer found  a batch of nuggets at its Loudens Patch site in the Pilbara.

Earlier this month prospector Johnathon Campbell told Stockhead he found “thousands and thousands” of gold nuggets at the Purdy’s Reward site before on-selling his rights.

This special report is brought to you by De Grey Mining. 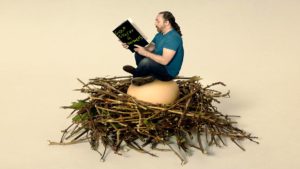