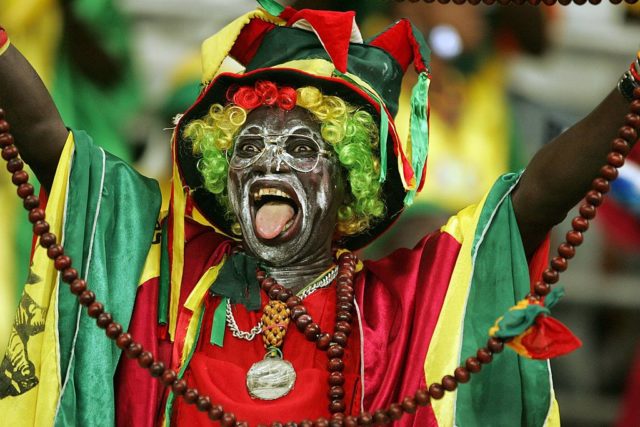 Monsters of Rock: Rio Tinto inks Simandou agreement, but where to for iron ore?

Workers will get back on the tools at the (in)famous Simandou iron ore development in Guinea, where a standoff has ended between Rio Tinto (ASX:RIO), Guinea’s military government and Chinese-led consortium SMB Winning Consortium.

On account of its ultra high grade, Rio Tinto is keen to develop Simandou despite its potential to add to what many analysts think could be a surplus of iron ore in the coming years as Chinese steel output plateaus.

At 65.5%, the in situ resource at Simandou is rivalled only by deposits in northern Brazil and a couple of tiny pits off WA’s northern coast.

With a potential production profile of up to 200Mtpa, it is a wonder it has never been developed, aside from the construction of 670km of entirely new railway through the Guinean countryside, endemic corruption, political instability and environmental and humanitarian concerns.

Not to worry about all that for now though, with Guinea’s current leaders, the victors of a military coup last year, sorting out an arrangement with Simfer Jersey (the company that includes Rio’s 53% stake in 85% of Simandou blocks 3 & 4) and Winning to create a new company to manage and own the port and rail network.

Simfer and Winning will each hold 42.5% of the TransGuinean Company, with the government getting the 15% free-carried stake it had been after.

“It is also a very important moment for Guinea and for Guineans, for whom the project’s southern infrastructure corridor has the potential to bring significant benefits for regional economic development by leveraging international project and ESG standards.

“We are most grateful to the government of Guinea and WCS for their collaboration and look forward to making the promise of Simandou a reality”.

The announcement came after Guinea’s junta spectacularly issued a warning on the project last month, suggesting the process to finalise the infrastructure JV was taking too long.

It then issued a call for the companies to stop work, something which sent iron ore prices higher on the threat to the new source of supply, commonly referred to as China’s “Pilbara killer”.

Rio says the parties will now work on next steps including shareholding agreement, finalising cost estimates and funding, and securing all necessary approvals and other permits and agreements required to progress the co-development of infrastructure.

It came after Rio announced its half-year results, which were clouded by comments from CEO Jakob Stausholm that the market environment was becoming more challenging to operate in.

Many of the questions from analysts following the announcement of Rio’s US$8.9b half year profit and $4.3b interim dividend were about Simandou.

In particular, questions are being asked about Rio’s appetite to invest in a multi-billion dollar infrastructure project while it pursues decarbonisation and pumps capex into new mine developments to replenish its Pilbara iron ore operations.

“So far I think we have two major iron ore assets, IOC (Iron Ore Company of Canada) and the Pilbara,” Stausholm said.

“At some stage I hope we will have three assets with Simandou as well.

“And of course we’ll look at it in an integrated way.

“The global seaborne iron ore market is 1.9Bt, and from that point of view I think you have to be careful of saying you get a little bit here, you need to be careful there.

“Right now there has been for a number of years a very good balance between supply and demand and we need to be sure that our wonderful assets in Western Australia are up to snuff.

“It is also important to remember (the iron ore) is two different qualities. The quality we have in Simandou is only comparable basically to what has been produced in the north part of Brazil.

“You’re playing in different markets and we get optionality in how we can blend things. I actually see that the asset will strengthen the competitiveness of our Pilbara assets”.

Also reporting in the iron ore space today alongside Rio and record setting FMG (ASX:FMG) were MinRes (ASX:MIN), which recorded a massive 9% lift in its share price, and Champion Iron (ASX:CIA).

Iron ore prices fell 15% to US$85.95/t in the June quarter, a realisation of just 62% to the 62% Fe Platts index, something boss Chris Ellison was expected to narrow.

The diversified firm also recorded record mining services volumes of 274Mt, though slightly below its 275-290Mt guidance, but it was its lithium results that really dazzled.

Volumes at the Mt Marion mine fell below guidance for the financial year at 442,000t, and at US$2645/dmt its spodumene prices were below other players in the sector like Ganfeng.

But prices for 6722t of lithium hydroxide produced in China under a tolling deal with JV partner Ganfeng came in at a stunning US$77,052/t, underpinning FY22 lithium hydroxide revenue of US$510-$520 million and EBITDA of US$150-$160 million (MinRes owns 51% of Mt Marion).

With the Wodgina mine also restarting, MinRes will soon be selling its own lithium hydroxide from the Kemerton JV plant with Albemarle, where the first product was produced from its first train in early July.

A second train is expected to hit mechanical completion in the second quarter of FY23.

Lower prices compared to the June quarter 12 months ago saw CIA’s revenues for its high grade Canadian magnetite fall from US$545.4m to US$279.3m, with its earnings only a quarter of those enjoyed at iron ore’s highs in 2021.