Monsters of Rock: Bloomberg says gold can shine as the ghosts of 2008’s commodity crash reemerge

Commodities are increasingly at risk of a “2008-style pump and dump”, Bloomberg says, conditions that could lay the groundwork for a bull run for gold beyond US$2000 an ounce.

“Commodities climbed 50% in the past 10 years and the Producer Price Index is up 30%,” McGlone said.

“Gains are likely to recede as the world faces a potential recession and the Fed tightens the reins.

Both trading at historically high levels currently, that could set up a tantalising battle between gold and copper.

Often found in the same orebodies, copper is known as a barometer of the health of the world economy given its use in infrastructure and anything fuelled by economic growth.

Gold meanwhile is a hedge against economic upheaval and global uncertainty, giving the two metals a kind of Yin-Yang vibe.

McGlone says the upper hand is with the precious metal.

“Federal Reserve jawboning amid global GDP downgrades and a declining stock market isn’t good for prices of copper and other industrial metals, and the endgame appears tilted favourably to gold,” he said.

McGlone thinks the outlook for copper and other industrial metals looks unfavourable against “an emboldened Fed, China in decline and downward risks in the stock market”.

“Metals’ performance in 2022 may be defined by the battle between gold and copper, and we see the precious gaining an upper hand,” he said.

“Both were up about 10% this year, but rising copper faces a potential lose-lose situation vs the Fed. If copper continues to advance, the central bank is more likely to remain vigilant fighting inflation.

“Gold stands to be a primary beneficiary if the stock market tide continues to recede.”

Gold was up more than US$25/oz overnight to US$1890/oz, moving beyond US$1900/oz during Asian trade after the US Fed lifted interest rates by 0.5%, its biggest rise since Y2K was a thing.

The Australian big three of Northern Star (ASX:NST), Evolution Mining (ASX:EVN) and Newcrest Mining (ASX:NCM) all rose more than 2% as investors piled into gold stocks with not a hint of red to be seen.

There were big gains for iron ore miners coming out of China’s Labour Day holiday as well, led by FMG (ASX:FMG) and Mineral Resources (ASX:MIN) while a number of lithium stocks rebounded and coal miners rose sharply across the board. 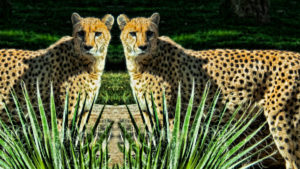