Investment in gold companies is starting to look a lot like herding “elephants through a really small door” as spot prices crossed back over the $US1,800 an ounce price after a slight dip over the weekend.

In other words, there is a lot of money out there “…coming into a very, very small sector”, Steve de Jong, the chief executive officer of virtual mine tour provider Vrify, told Kitco News.

Investment and private banks are reportedly starting to advise their clients to get some gold in their portfolios.

With the price of Australian gold at $2,589.84 an ounce thanks to the favourable exchange rate, it is no surprise that companies in this space have been able to raise money successfully.

Los Cerros (ASX:LCL) is just one example of this trend, receiving firm commitments to raise $3.5m through an oversubscribed private placement priced at 4c per share.

Proceeds from the placement, which was made a 10.5 per cent discount to the 15-day volume weighted average price of the company’s shares, will be used to advance its Quinchia gold project in Colombia.

The company will kick off an expanded drilling program in late July to test multiple gold-copper targets at the project.

Meanwhile, Mako Gold (ASX:MKG) has completed the second tranche of an oversubscribed placement priced at 5c per share, bringing the total raised up to $3.25m.

The company noted that drilling is ongoing at the Napié project in Côte d’Ivoire and will continue through the remainder of 2020.

Drilling will test high priority targets at Tchaga to expand mineralised zones and test new undrilled targets along strike to the north and south of previous intersections.

Krakatoa Resources (ASX:KTA) has also received firm commitments from professional and sophisticated investors for a $2.4m private placement priced at 8c per share.

The funds will be used to advance the company’s Lachlan Fold Belt projects in New South Wales.

These include drill programs at Turon and Belgravia projects, an induced polarisation program at Belgravia and target generation including geophysical surveys across the Rand project. 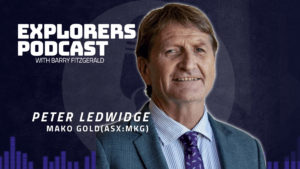