There are only a handful of ASX-listed high purity alumina (HPA) producers — but they have been among the best performing stocks over the past year.

The four ASX-listed HPA players have enjoyed impressive share price gains over the past year.

Collerina Cobalt (ASX:CLL) is well into ten-bagger territory with a 1350 per cent increase to 14.5c over the past 12 months.

“It was a sector that no one really knew anything about,” Regal Funds Management portfolio manager Julian Babarczy told Stockhead.

“Probably about 12 or 18 months ago there were some very early investors and now it is much more on the radar. The market has woken up to it.”

HPA is currently a small global market of about 25,000 tonnes annually.

The high-value material is enjoying super-charged growth thanks to demand from a number of boom industries — especially lithium-ion batteries and scratch-resistant clear synthetic sapphire glass used in smartphone screens and lenses.

“Why it’s probably attracting a little bit of attention in recent times is it has been thrown into the battery minerals basket,” FYI Resources (ASX:FYI) managing director Roland Hill told Stockhead.

HPA is used in the separator of a battery to make lithium ion battery chemistry more stable.

“It won’t lead to things like the fires that the Galaxy Notebook had,” Mr Babarczy said. “We think over time separator quality will have to be mandated to increase and HPA therefore is going to have strong demand.”

Growth in demand is primarily dominated by China, Japan and South Korea.

FYI shares have spiked nearly 330 per cent in the past year to trade at 12c.

Regal also has a position in Hill End Gold (ASX:HEG) and Collerina Cobalt and is looking to increase its exposure to HPA.

“We would look to increase our exposure either through buying more shares on market or also helping some of these companies when they need to raise capital so we can get involved in the placements to fund the next phase of growth,” Mr Babarczy said.

FYI has already proven it can achieve recoveries of 97 per cent and produce a 99.99 per cent final HPA product (which sells for around $US25,000 per tonne) from its Cadoux kaolin project in Western Australia.

“We think that we can economically address a growing market,” Mr Hill said. “We’re not rushing into it. We want to make sure that we get the process right.”

In February, the company released a maiden resource of around 3.7 million tonnes for its Yendon project in Victoria.

Metallurgical testing has indicated Hill End can produce a 99.995 per cent HPA product from Yendon kaolin.

“This initial kaolin resource estimate is sufficiently large to potentially supply 20 per cent of the world’s current HPA demand for more than 80 years,” boss Martin McFarlane said at the time Hill End released its first resource.

Altech Chemicals (ASX:ATC), which is the most advanced in its quest to become a HPA producer, has climbed 19.2 per cent in the past 12 months to 15.5c.

Altech has been planning to build a Malaysian high purity alumina plant since 2016 — but the company today told investors finance for the project was not likely to be finalised until mid-year.

The company recently lodged an application for a patent for its finished product HPA technology. 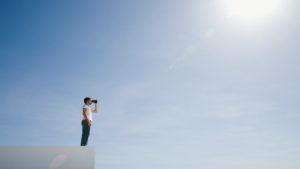