GBM’s resource upgrade is only the beginning for Twin Hills

GBM’s recent acquisition of the Twin Hills gold deposits is proving to be a sweeter deal than previously expected after it upgraded their resources by 20%.

The Lone Sister and 309 deposits are now estimated to host a resource of 12.9 million tonnes grading 1.8 grams per tonne (g/t) gold, or 760,700oz of contained gold, up from the previous estimate of about 633,000oz, after the company reviewed metallurgical and mining costs.

This takes total resources across the company’s Drummond Basin assets in Queensland up to 41Mt at 1.2g/t, or 1.61Moz of contained gold.

While any resource increase is good news, the real takeaway from today’s announcement is that GBM Resources’ (ASX:GBZ) confirmation that the Twin Hills deposits are highly prospective for the discovery of additional mineralisation with preliminary analysis suggesting high grade gold shoots at 309 and Lone Sister may be open at depth.

And it is not wasting time to test its belief with plans to commence drilling in the coming weeks.

The company’s analysis of the deposit geometry and grade distribution has also indicated that both Lone Sister and 309 may be amenable to mining via a combination of bulk open pit and underground mining methods.

Managing director Peter Rohner said the company is rapidly gaining further knowledge of Twin Hills to improve the resource model and evaluate mining scenarios that will assist in focusing the upcoming drilling activities.

“The planned drilling programs will focus on increasing the confidence of the resource, improving resource knowledge in the shallower likely open pit resources and extending the resources at depth,” he added.

“This transformational acquisition represents a significant step in the execution of our ‘processing halo’ strategy to build over two million ounces under ownership within the Drummond Basin, providing an entry into the development of a genuine mid-tier Australian gold company.”

GBM completed the acquisition of Twin Hills in January 2022, taking it a big step closer to its goal of defining 2Moz of gold.

The 309 and Lone Sister deposits that make up Twin Hills are located about 7km apart and have previously been interpreted as intrusion related, high gold fineness, low sulphidation epithermal gold deposits in the western arm of the Drummond Basin.

Besides the planned drilling to test depth extensions at the two deposits, the company will also continue Resource upgrade work with new pit optimisation work commencing soon on the 309 deposit to evaluate opportunities to deepen the pit below the 1050 RL used in the resource update. 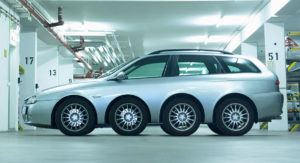