Eye on Lithium: Nissan aims for all-solid-state batteries by 2028, and it looks like Tesla is hiring ‘geos’

All your ASX lithium news for Tuesday, April 19.

Car giant Nissan plans to establish a pilot production line for all-solid-state batteries at its Yokohama plant in Japan in 2024 – and aims to launch an EV using the batteries by 2028.

The company believes all-solid-state batteries can be reduced to $75 per kWh in fiscal 2028 and to $65 per kWh thereafter, which it says would place EVs at the same cost level as gasoline-powered vehicles.

This would mean a significantly shorter charging time due to superior charge/discharge performance, and lower cost thanks due to using less expensive materials.

Nissan expects to use all-solid-state batteries in a wide range of vehicle segments, including pickup trucks, which it says would make its EVs more competitive.

In other EV news, it looks like Tesla is seriously considering becoming a lithium miner – and has already started hiring geologists.

Hmmmmm 🤔 Now what might they want a geologist for… 🔋 🔨 @elonmusk https://t.co/S7WMvLKLiV

The company has identified spodumene and yttrium-bearing apatite in pegmatite veins at its Kalahari prospect of its Hopetoun project in WA.

The lithium hydroxide developer and lithium mica processor has appointed a seasoned chemicals industry executive to head its U.A.E operations in Hans Daniels.

Daniels has spent the last 13 years of his career in General Manager roles in the UAE, the most recent 10 years of which with the Songwon group of companies, the South Korean chemical conglomerate.

As GM Operations for the region, he will now lead the implementation and operation of Lepidico’s Phase 1 chemicals process facility within the Khalifa Industrial Zone Abu Dhabi (KIZAD).

The company says that the main Phase 1 products – lithium, caesium, and rubidium – are all on the U.S. Government list of Critical Minerals, making Lepidico’s technologies and the Phase 1 chemical plant “strategically significant”.

Argosy has a new chair and non-executive director in Mal Randall, who has 45 years’ experience in resources – including a 25 year stint at Rio Tinto (ASX:RIO).

As part of the company’s succession program and to further build skills and capability at Board level, Argosy has also appointed Bruce McFadzean and Peter De Leo as independent non-executive directors.

McFadzean is a qualified mining engineer with more than 40 years’ experience in the global resources industry, and was recently the MD of Sheffield Resources (ASX:SFX) and De Leo is currently the MD of Lycopodium Limited.

“We look forward to Mal taking on the Chair role, noting his vast experience, knowledge and providing valuable leadership to our team will be well received,” MD Jerko Zuvela said.

Company chairman Tony Sage pointed to the need to deliver projects like Wolfsberg as Europe aims to pick up the pace of its shift from fossil fuels like coal and gas to renewables.

“Calculation of a positive interim NPV provides confidence in the future commercialisation of the Wolfsberg Project that comes during a buoyant market for lithium and increased urgency for decisive action to accelerate the green energy transition, specifically in Europe,” he said.

European Lithium plans to produce 10,500t of lithium hydroxide at a mining rate of 770,000tpa over a maximum period of 20 years, providing a long-term supply of high quality lithium chemicals to the European battery market. 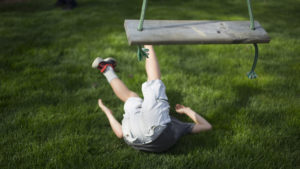