Boab has increased confidence in its Sorby Hills lead-silver-zinc project in WA’s Kimberley region, moving more of the resource into the measured and indicated categories.

The update, which followed the Phase IV drill program, has converted 4Mt of indicated resources into measured resources, which now stands at 11.1Mt grading 3.6 per cent lead, 0.3 per cent zinc and 45 grams per tonne (g/t) silver.

This is expected to lead to a significant increase in proved reserves with the data feeding into open pit and process plant design criteria for the Sorby Hills definitive feasibility study.

Adding interest, the Boab Metals (ASX:BML) update has increased the resources at shallow depths – less than 60m – in the B deposit and Omega South by 19 per cent, which is expected to positively impact on the Sorby Hills reserve in the DFS.

“Additionally, the mineral resource estimate has afforded us the opportunity to further refine our geological model and has confirmed high impact targets for future drilling,” he added.

“We’re excited about the upcoming Phase V drilling program which will build upon the current mineral resource estimate and aggressively target opportunities to extend the project life and expand process plant capacity ahead of a decision to mine at Sorby Hills.”

The pre-feasibility study has projected that the project could generate net present value (NPV) and internal rate of return (IRR) of $303m and 46 per cent respectively with payback expected within 1.6 years.

Both NPV and IRR are measures of a project’s profitability. 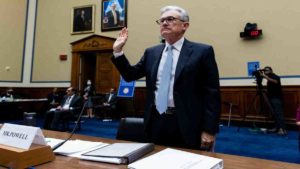