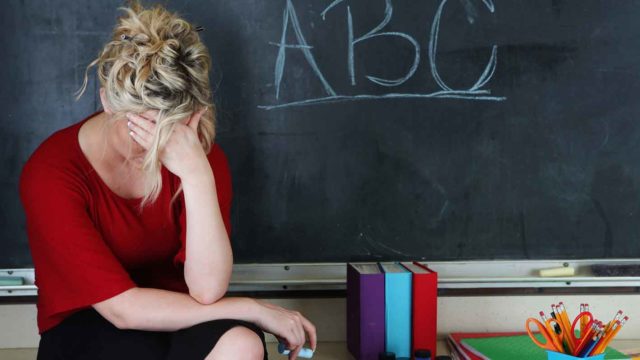 What the JORC? Why mining jargon is so strange and what it really means

Miners and mineral explorers make up the bulk of ASX small cap investing opportunities — but they don’t make it easy with all the big words.

Miners often release announcements that are heavily laden with jargon the average investor may not understand.

Making matters more challenging, some of those technical phrases have officially recognised meanings — while others have very little meaning at all.

Here we’ve set out to translate some of the more common mining jargon that appears in ASX announcements.

Resources companies are either undertaking “greenfields” or “brownfields” exploration.

Subsequent surveys might uncover new information allowing a resources to be upgraded to “indicated“, meaning a company has sufficient information on geology and grade continuity to support mine planning.

A “measured” resource represents the highest level of geologic knowledge and confidence.

Reserves are often broken into “proven” and “probable“.

A proven reserve is an estimated quantity of a mineral or oil or gas that is able to be economically recovered with high certainty.

Resources are often referred to as “contingent” (where a resource’s commercial viability might be continegent on unresolved issues such as regional political stability) or “prospective” which is not much more than a best guess.

“When an investor just hears of a scoping study or an inferred resource or proven and probable reserves, there isn’t necessarily an understanding of the amount of work and the confidence level that has to be met for all companies to be able to publish.

“I think companies could do a much better of explaining that simply. I think the ASX has tried to, in their own ham-fisted sort of a way, educate the average investor.”

The problem right now is that there is no real standard for explaining the ins and outs of each of these studies and what they actually mean.

Wendt argues that the ASX has actually made it harder for companies to get their message across.

“I think companies sometimes do their best and in other instances sometimes the companies try to muddy the picture as much as they can,” he said.

“But there’s not really a standard. That’s what the ASX has tried to introduce.

“They’re not helping the investing public. Most of the rules they’ve brought in have just made life harder for companies.

There are several stages and types of drilling that explorers will do in their bid to make the next big discovery.

Aircore drilling is an earlier stage type of drilling that bores a hole into the ground down to depths of 50-60m. It injects compressed air into the hole to remove drill cuttings that are sent off for analysis.

Diamond drilling is a rotary type of rock drill that cuts a long cylindrical core 2cm or more in diameter.

This type of drilling is usually done to recover mineral samples from depth or from within areas that are harder to drill.

Reverse circulation (RC) drilling is used to gather preliminary data on minerals and is cheaper and faster than diamond drilling.

This type of drilling uses rods with inner and outer tubes and the drill cuttings are returned to surface inside the rods.

“Very often investors don’t have any idea what the drilling is about,” Mr Wendt explained.

“Is it shallow, is it deep, is it trying to just provide some information about the geology or is trying to define the aerial extent – the dimensions – before they start narrowing in with some later drilling?

“There should be a paragraph or two to explain that.

“You’ve got to get the story across, whether it’s good or bad you have to explain your mums and dads type of investor.”

When it comes to geology there are many different terms resources companies will throw up in the ASX announcements.

Sulphides are a type of ore containing oxygen-free compounds of sulphur and are usually found deep below the earth’s surface.

Copper and nickel are examples of minerals that can be found in sulphides.

Conglomerate is a term that has come up quite a lot recently, especially after Artemis Resources (ASX:ARV) and its Canadian partner Novo Resources uncovered gold nuggets that were later confirmed to be conglomerate-hosted.

Conglomerate is a sedimentary rock consisting of rounded, water-worn pebbles or boulders cemented into a solid mass.

Porphyry is also rocks formed from lava or magma that has large crystals in a fine-grained mass.

These types of deposits are usually quite large but low-grade. Globally, over 60 per cent of copper, all of the world’s molybdenum, 10-15 per cent of uranium and a significant amount of gold comes from porphyry deposits.

ASX gets tough on miners

The ASX has been cracking down on explorers over various issues such as companies that are nowhere near production reporting what the bourse considers to be a “production target”.

It’s not uncommon for companies – particularly excitable juniors trying to light a fire under shareholders – being forced to retract statements.

The corporate regulator ASIC says it is common for investors in resources companies to put a lot of emphasis on “forward-looking statements” when considering an investment.

In 2016 the regulator released a revised draft of its regulations around forward-looking statements provided by miners following two years of discussions with the industry.

ASIC said at the time that it had made some minor drafting changes to clarify its guidance in response to concerns and misunderstandings that arose at the time of the original release of its regulations in April.

The regulator clarified that production targets and forecast financial information can be published even if secured funding is not in place, but a company still needs to be able to demonstrate “reasonable grounds” that it could obtain the necessary finance as and when required.

Production targets and forecast financial information can also be published based not only on reserves but also on resource estimates provided there are “reasonable grounds” for that estimated mineralization and each of the JORC Code “modifying factors”.

“Modifying factors” are considerations used to convert resources to reserves.