LBT Innovations (ASX:LBT) had a big week, up 129 per cent to 16c, thanks to its half-owned joint venture Clever Culture Systems receiving FDA clearance for an instrument that can process 200 culture plates an hour and see which are growing bacteria. It was the last hurdle in order to start selling in the US.

CCP Technologies (ASX:CT1) was next best, up 70 per cent to 2c. It followed a sale announcement yesterday (shares up 60 per cent) with news that one of their low-temperature devices has passed Monash University testing (shares up 54 per cent). That suggests its disastrous foray into cryptocurrency last year and shedding of executives has been forgiven.

Underwater tech company UUV Aquabotix (ASX: UUV) rose 57 per cent this week to 1.2c after signing another deal with the US military.

The company said it’s been awarded a contract of around $150,000, which marks the US military’s fourth SwarmDiver order since April 2018.

Also rocketing higher was Flamingo AI (ASX:FGO), which briefly doubled on news of a commercial deal with HSBC. Shares ended the week up 42 per cent to 0.9c.

Here are the best performing ASX small cap stocks for May 20-24:

The company said its financial planning software met all of the standards and metrics agreed to between the two parties, however it was “unable to negotiate an ongoing commercial agreement”. Shares in Intiger fell 71 per cent to 0.2 cents.

Here are the worst performing ASX small cap stocks for May 20-24: 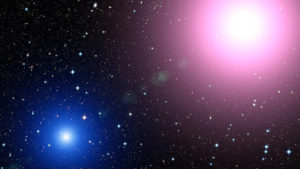