Despite rising omicron cases in NSW, there was some positive news for the travel sector headlined with Qantas (ASX:QAN) launching flights to Italy.

The Red Roo axed flights to the Italian capital back in the 1980s and 1990s because while it was a popular route for holiday makers and family and relative visitors, it lacked the volume of business travellers required to make a profit.

While it has relied on one-stop codeshares – most recently with Emirates – to get customers to the Eternal City over the past few decades, there will be a quicker way come mid-June next year.

Starting on June 22 and continuing until October 6, the Red Roo will run a thrice weekly service from Sydney to Rome via Perth.

The move comes just a few days after Western Australia indicated it would re-open to domestic and international travellers in February.

Qantas started direct flights from Perth to London in 2018 and prior to COVID-19, these were the most profitable route on the network.

It is currently operating these flights via Darwin and threatened to make the move permanent in light of WA’s border policies but this announcement arguably puts that threat to bed.

Why is Qantas launching a direct Italy flight?

As popular as stopover destinations such as Singapore and Hong Kong are on the way to Europe – CEO Alan Joyce said COVID-19 has made stopovers (at least in third countries) less appealing if at all possible.

And while many destinations in Europe would be popular this coming northern summer, Italy was the most compelling for Qantas to capitalise on.

“There’s strong evidence the pandemic is making non-stop flights between Australia and the rest of world even more desirable as we learn to live with the virus and its variants,” he said.

“Italy is the largest market for us in continental Europe for people visiting family and friends from Australia, and we think customers will love flying direct to one of the world’s great cities to spend time with loved ones or enjoy Italy.

“After the restrictions of the past few years, it’s the ideal time to reinvigorate our international network and we’ll continue to look for new opportunities.”

Qantas will offer onward connections to 16 further destinations including Milan and Venice in Italy as well as a handful of destinations of neighbouring countries including Athens, Paris and Nice.

Elsewhere, one of the ASX’s smaller travel agents Helloworld (ASX:HLO) announced a deal to sell its corporate and entertainment travel businesses in Australia and New Zealand to Corporate Travel Management (ASX:CTD) (CTM).

Helloworld will receive $175 million, of which $100 million will be in cash and the balance will be in CTM shares.

The deal values the businesses at an earnings multiple of 8 times and will increase Helloworld’s total liquidity to $155 million.

The company says while it is slowly recovering, the deal was compelling value and would allow it to focus on its leisure travel business which pre-COVID was more important.

“We believe this transaction is at a compelling valuation to maximise HLO shareholder value and that will allow HLO to focus on operations which pre COVID-19, represented 80% of TTV,” said CEO Andrew Burnes.

“This will allow the business to capitalise on what we expect to be very significant opportunities during the recovery period ahead.” 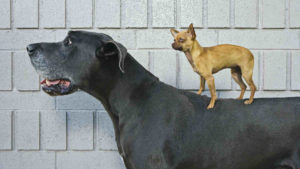