On Stockhead today, how ASX rebalancing affects share prices, will the US Senate send weed stocks to new highs, and 3 carbon-focused plays for your portfolio.

Finder Energy (ASX:FDR) will list at 10.30am, 18 years after it first formed as Finder Exploration.

It raised $15 million in an IPO at 20c a pop, with one of the largest portfolios in Australia’s North West Shelf including interests in permits in the Dampier and Beagle sub-basins as well as the Vulcan Sub-basin of the Bonaparte Basin.

The company is poised to spud its Kanga-1 oil exploration well in early May that targets best case prospective resources of about 170 million barrels of oil with 25.5MMbbl net to Finder (15%) in the high quality Legendre reservoir.

The well in WA-412-P is located near existing oil fields in the heart of the Carnarvon Basin and has been independently assessed to have a 36% geological chance of success.

“A discovery will be a game-changer. Because of our tight capital structure with only around 150 million shares on issue, shareholders have enormous leverage to success,” managing director Damon Neaves told Stockhead’s Bevis Yeo.

There are some big names on board with Indiana Resources (ASX:IDA) executive chair Bronwyn Barnes in as independent exec chair and Fred Wehr, credited with leading the team that made the major Dorado oil discovery in 2018, an independent non-exec director.

It is eyeing the 400% increase in helium demand its says will come from nuclear fusion’s conversion from dream to reality and rollout as “man’s greatest advance in clean energy production.”

Fighting words those, but there are many uses in the US$6 billion global helium market today. The lightweight gas is used in semiconductor production (19% and forecast to hit 28% of all demand), fibre optics, rocket fuel pressurisation, making funny voices, cryogenics, and cooling superconducting magnets used in medical imaging.

Noble is seeking helium in four basins across Tanzania, where it says it has observed seeps of up to 18% helium at surface, 40 times the normal concentrations in the natural gas fields that currently supply most of the world’s helium.

If proven the former would represent 17 years of supply based on current global demand.

The following companies will exit trading halts in the coming days.

Virtus Health Limited (ASX: VRT) –  CapVest Partners LLP (CapVest) intends to submit a revised proposal to Virtus but no details of the terms of that revised proposal have been provided at this time

And we want to know which lithium stonk will be the next to crack the billion dollar milestone.

Which #ASX lithium stock do you think will be the next to reach $1 billion market cap?

International Graphite’s (ASX:IG6) main game appears to be the right one.

A lithium-ion battery needs 10 times more graphite than lithium, with each EV requiring ~55kg of flake graphite to make the battery anode.

Experts say the supply deficits are already here, and prices are beginning to show it. The Benchmark Graphite Price Index is currently up by 22% year-on-year. IG6 soared on debut, almost doubling.

JV buddies, Legacy Iron Ore (ASX:LCY) and Hawthorn Resources (ASX:HAW) are way, way up – some 75% in fact – after completing a deal with Gina Rinehart’s Hancock Prospecting for an initial $9m to earn into the ‘Mt Bevan’ iron ore project in WA.

Q3 revenue was way, way up on the $3.95 million on the prior corresponding period after revenue growth of ~40% in March alone.

Top brands like Wakey Wakey and The Iron Company, both now stocked in Coles and Woolworths, were strong contributors to the result, while there’s a big distribution deal with Mark Wahlberg’s sports supplements in the post.

Okapi Resources (ASX:OKR) also bounded higher on Thursday. The explorer will acquire 51% of the high-grade ‘Hansen’ uranium deposit, increasing the company’s resource at the ‘Tallahassee’ uranium project in Colorado by 81% to 49.8 million pounds. 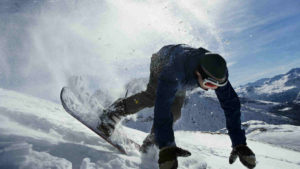