Well, another morning has been and gone on the ASX in the ‘Age of Corona’, and stocks are…up?

Since Monday March 9, the ASX Small Ords index has posted six losing sessions of five per cent or more, with another fall of three per cent along with four days in the green.

And following yesterday’s epic 8.7 per cent slump, battered small caps are on track to recover some gains as the index climbed four per cent into midday trade to 1,897.60.

It follows another huge round of stimulus measures, as policy makers pull out all the stops to try and save the world from armageddon.

Overnight, the US Federal Reserve pledged to maintain an “unlimited” quantitive easing program — on deck to keep buying bonds for as long as it takes to shepherd to US economy through a virtual shutdown.

Gold prices ripped higher, but it wasn’t enough for the S&P500, which fell by 2.9 per cent (almost a win these days) as US lawmakers remained stuck in a deadlock about how to initiate huge fiscal stimulus measures.

But US stocks futures are currently trading around three per cent higher, amid reports the two sides of Congress are working through the night as they close in on a deal.

It’s been a big morning for the engineering tech company, which deploys its CVM product to provide a real-time monitoring solution for crack initiation and/or propagation on aircraft structures.

SMN said it has now received long-awaited Stage II approval from US Federal Aviation Authority, which clears a “major milestone to global commercialisation of CVM”.

The company said full commercialisation is expected to by crystallised in Q4, and board and senior management have committed to a “major compensation restructuring for the remainder of the year, to ensure optimal ongoing liquidity management and cash preservation”.

Shares in the company ripped higher by almost 150 per cent, to 58 cents. 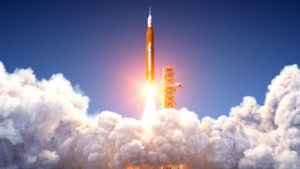