Confessions of a Day Trader: A Square dance to keep the lockdown blues away

Come in to the news that Afterpay have agreed to merge with Square. This is fantastic news to me as it will add some spark to the market.

I wonder what Z1P will do and how the CBA/APT ratio will now be blown out of the water, as I wait for the 10.00am opening… and we’re off!

Overall, up $1,287, with only one heart attack halfway through the day. Phew!

Square’s shares are up 9%-plus having been down 6% at one point. This bodes well for APT and Z1P.

Z1P ticks up over the whole day and APT settles around $128. Don’t get a chance to play in either.

Wait around till 11.15am with not much luck so head out for a coffee. In between sitting down and ordering I notice that both BHP and CBA have fallen off their highs and now below $54 and $102.

I tell you that sometimes getting out and away from the computer is a must, as it clears your head and with the phone app, everything flows from my screen to my phone seamlessly.

So, make $310 gross whilst coffee for two came to $11 and my beautiful companion didn’t even know what I was doing until I left a generous tip. I also bt some ANZ and sold them after our beach walk.

At 6am, the AFR is calling the market to drift. BHP and RIO lower in NY trading and also news that an FMG miner has arrived on site with COVID, so going to be an interesting day for FMG. May react, may not, but expecting a spike downwards intra day, at some point.

My first day trading in a lockdown and hard to concentrate with other humans around.

Had a sell limit on at $7.75, which went off whilst I had fallen asleep in the sun.

Strange week, which started out with the APT bid and ended with me in a snap lockdown. 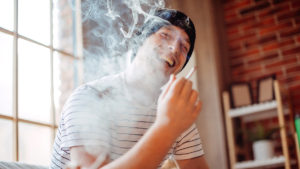