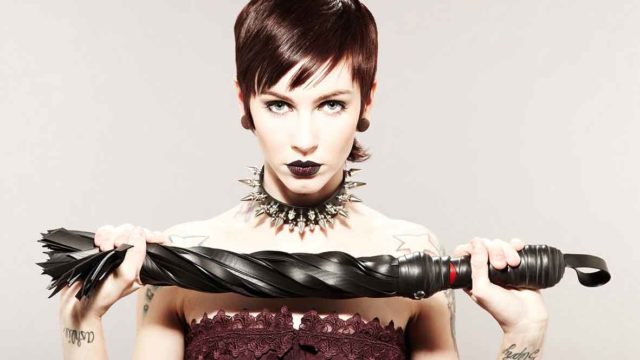 But no one is enjoying this spanking. Pic: Getty

Declines in Canadian pot stocks and the continued descent of Bitcoin delivered double whammies to cannabis and crypto stocks on Monday amid a broader ASX sell-off.

The ASX opened down 2.6 per cent on Tuesday morning after the Dow Jones industrial average plunged again overnight — ending down 4.6 per cent at the close of trade in New York.

Meanwhile bitcoin suffered another dramatic fall, touching $US6551 before bouncing back to around $US7100 at 8am AEDT.

A handful of ASX-listed junior iron ore explorers managed to escape the downward pull of the market.

But most local small caps went untraded or fell hard. Lithium and cobalt play MetalsTech (ASX:MTC) lost 38 per cent after a Chinese partner pulled out of a $3 million investment.

Wollongong Coal (ASX:WLC) fell 27 per cent after revealing a proposed suspension of its last operational mines due to late payment of fees.

Cannabis and blockchain/crypto stocks got double doses of bad news.

On Friday, Canadian cannabis stocks plummeted as investors sold on fears that valuations were overblown. The Canada Marijuana Index, which includes 24 listed constituents, dropped 7 per cent on Friday — and 31 per cent for the week.

Canada is emerging as one of the world’s biggest markets for marijuana, with recreational use due to be decriminalised mid-year.

Canada’s Canopy Growth Corporation, which has a stake in AusCann (ASX:AC8), dropped by 12 per cent on Friday. Aurora Cannabis, which owns a piece of Cann Group (ASX:CAN), lost 17 per cent.

Other Australian pot stocks felt the fear whiplash, too.

There are about 22 listed pot-related companies in Australia. Collectively they lost about 7 per cent of their value yesterday by mid-Monday afternoon (based on a Bloomberg weighted index below).

By Monday afternoon Zelda had lost 10 per cent of its value, Medlab 11 per cent and eSense Lab 12.5 per cent.

Crypto and blockchain-related stocks were impacted by the continued fall of Bitcoin, which dipped below $US8000 ($10,840) on Monday — barely a third of its $US19,891 peak seven weeks ago.

By mid-afternoon on Monday the cryptocurrency was trading around $US8300 and the other major digital currencies were also feeling the pinch, as people dumped Bitcoin Cash, Litecoin, Ripple and Ethereum.

The frothy market for crypto was squashed last week by a range of issues including tough talk from Indian politicians about banning all cryptocurrencies.

Most of Australia’s nascent or wannabe crypto stocks were down 7 to 8 per cent by mid-afternoon on Monday.

The 24 crypto small caps that Stockhead monitors were down about 6 per cent Monday afternoon based on a Bloomberg weighted index (see below).

Crypto consultant DigitalX (ASX:DCC) was spanked, with its shares dropping 18 per cent.

Ookami (ASX:OOK) lost 16 per cent of its market cap in spite of its news that its sealed the deal to buy almost a fifth of blockchain business Brontech.

Newcomer to the crypto space Genetic Technologies was spared the massacre as it’s still in a trading halt.

It announced today that Paul Kasian, the board member who supported the victorious coup leaders, has been rewarded with the chairmanship.