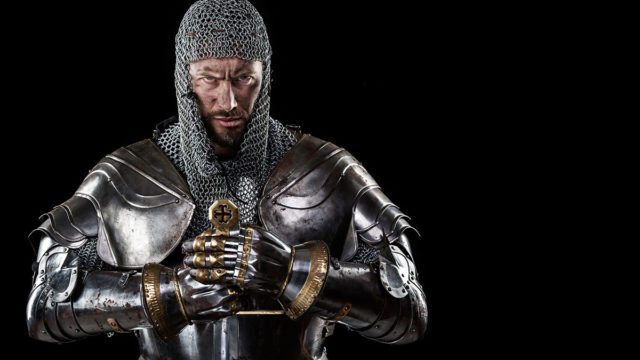 ASX Small Caps Lunch Wrap: Who else has learnt that it’s lonely at the top?

When game maker Activision Blizzard recently launched what should have been a new flagship for the company, Diablo Immortal, most gamers were super-excited.

Seriously, what’s not to love about a hack’n’slash dungeon crawler that allows you to team up with people from all over the world to pretend you’re an awesomely athletic sword-wielding bringer of death, or a hyper-smart magic user that can shoot catastrophically huge fireballs out of your butt, or whatever?

But then, shortly after that release, it soon became apparent that Activision Blizzard had totally and utterly screwed the pooch – in order to become even halfway powerful in the game (which is free to own, it should be noted) would potentially cost thousands of dollars.

The internet did what the internet does best – it heaped scorn upon tersely-worded, badly misspelled scorn, and the game became an absolute laughing stock and a lesson in how the demons of corporate greed battled decency and common sense, and won.

But the game still has some loyal followers, including one gamer who goes by the name of “Jtisallbusiness” who pressed on regardless, and has hit an unexpected problem.

He says he’s dropped more than $100,000 into making his character the biggest, baddest mofo in the whole of Sanctuary – only to find that he’s the only person in the world with character stats at that level. And now the in-game matchmaking system cannot match him with any other players at all.

It’s an absolute disaster, not just for the public image of an already super-hated game, but also for Jtisallbusiness, who is learning the hard way that the old adage of it being “lonely at the top”, is very, very true.

The Australian markets greeted this morning with open arms, and investors returned the warm welcome with open wallets, sending the benchmark 45 points higher in the first 30 minutes of trading.

It was an unsustainable burst of early morning hubris, however, and the ASX 200 has since slumped to a barely tolerable 0.13% gain before lunch.

The sectors are mixed better than a $2 bag of lollies from a milk bar, with InfoTech (+2.29%) and Telcos (+2.01%) trying their best to thrive, and – just like yesterday – they seem unable to spread the good word to the rest of the market. How delightfully ironic.

Holding us all back are Energy (-2.02%) and Materials (-0.95%), while the worsening divorce between The Consumers has seen Discretionary heading north (+0.94%), leaving Staples in a profound funk (-0.65%) and wondering where it all went wrong.

Big Winners today include Block Inc (ASX:SQ2), which jumped +9.8% to ask investors get all frisky and risky – or completely misunderstand the concept of “Buy Now, Pay Later”.

Imugene (ASX:IMU) is on a bolt as well, up 10.9% on no particular news, other than it’s had a bad run and maybe everyone’s feeling a bit sorry for it.

Big Losers today are Lynas (ASX:LYC), which is furiously giving back 4% (and falling) of its recent strong gains, Orica (ASX:ORI) has plummeted 9.8% on news that it’s completed its $650 million fully underwritten placement, and Graincorp (ASX:GNC) has continued its recent trend of swingin’ and missin’, whiffing away another 5.4% this morning.

We’ll get to the littlies in a minute, but now it’s time to go for a rapid ride around the globe to see what’s happening beyond our shores.

For news from the US, we turn to Super Reporter Eddy, who tells us that US stocks rallied overnight after a steady dose of impressive earnings and economic data.

Investors were impressed by earnings from some big names. Moderna rallied more than 15% and CVS Health gained 5% after reporting earnings beats, and even the home of memestonks Robinhood rose 11% as it announced the culling of a quarter of its staff as crypto dives.

As an aside, I’ve got no idea why we keep calling it “Japan’s Nikkei”. Is there another Nikkei lurking somewhere we don’t know about? It seems unlikely.

In commodities, things are a bit better than yesterday for precious metals.

Hairy chest and gold medallion enthusiasts are smiling as gold is up 0.4%, werewolves are breathing a little easier as the price of silver bullets climbs 0.36%, and it’s gonna cost you more to bribe your way out of a speeding ticket, as copper’s up 0.2%.

Oil is also up, 0.57%, but natural gas has eased, losing 0.17%, much to the delight of the family dog who is tired of copping the blame all the time.


From the land of Small Caps – Where Everybody’s Heads Look Huge™ – the winner’s circle is looking pretty sporty.


Invigor Group (ASX:IVO) has lived up to its name, stacking on 35%, and the second-best of the over-$0.10 crew was Laybuy (ASX:LBY), which added 18% after promising to swing by next week to pick it up.

Topping the charts, though, was Osteopore (ASX:OSX), which has benefited from some excellent news, after reaching an agreement with US firm MellingMedical, which throws open the doors to the massive North American market.

Groaning and holding its head after a brutal mugging was Baumart Holdings (ASX:BMH), which had been steadily rebuilding value after a trainwreck that finished in mid-June.