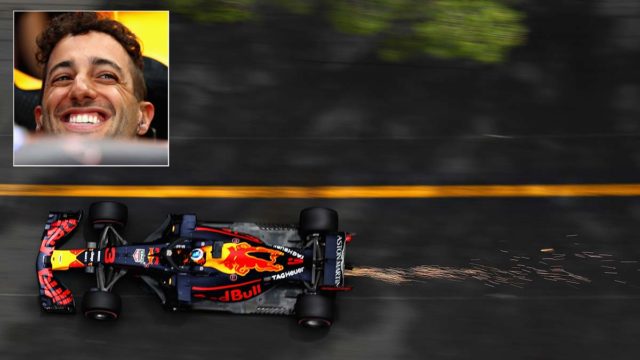 Seafarms this week agreed on a $25 million investment from one of the world’s biggest seafood producers, $US1.7 billion Nippon Suisan Kaisha (better known as Nissui), to develop its huge Project Sea Dragon prawn farm in the Northern Territory.

The shares climbed 54 per cent this week to 8.8c — their highest point in 18 months.

Tokyo-listed Nissui gets 15 per cent of Seafarms and the right to sell the project’s prawns in Australia, Japan and potentially other Asian countries.

Seafarms has been working on Project Sea Dragon for about seven years. It won approval in December.

At full production the mega-farm will produce 150,000 tonnes of black tiger shrimp a year in 10,000 hectares of  ponds.

The two agreed to a private placement of $15 million at 10.5c a share as well as a $150 million “streaming” deal on future production from its Ramu nickel and cobalt mine.

Streaming refers to an agreement where an investor agrees to buy a percentage of a company’s future production at a fixed price below market value.

The new funds mean Highlands can repay its debt on the project. Cobalt 27 increases its stake in Highlands to 11.3 per cent.

Highlands finished at 13c, a gain of 51 per cent for the week.

“Outstanding” results from gold explorer Lodestar (ASX:LSR) pushed its shares up 41 per cent for the week.

The explorer reported its best ever drill results at its Contessa site — which it says extends well beyond current drilling — as well as its highest grades to date at Gidgee Flat.

Stockhead columnist Tim Treadgold wrote about Lodestar’s potential “company-making gold discovery” back in January when the shares were trading at 1.8c.

This week they closed at 3.1c.

Teacher background checker Schrole Group (ASX:SCL) gained 40 per cent to 1.4c this week after making the first sale of its “Schrole Verify” service.

American School of Doha — which teaches US kids who live in Qatar — will use Schrole as its “preferred pre-employment screening provider”.

The school will pay $US13,500 ($17,900) to use the Verify service to look for criminal records and other bad stuff among its staff.

Coconuts are the secret ingredient in the latest fabric from eco-friendly innovator Nanollose (ASX:NC6).

Nanollose — which isn’t yet making any money — listed last year after raising $5 million selling shares at 20c each.

Nanollose is best known for its ability to create “fermented fashion” out of beer and wine. The technology is based on the work of Perth scientist and winemaker Gary Cass, who accidentally discovered a new type of material when he ruined a batch of wine.

Here are the best performing ASX small cap stocks for May 21-25:

Just when it looked like it had recovered from an earlier profit downgrade, organic fast food chain Oliver’s Real Food (ASX:OLI) this week unloaded another pile of bad news onto investors.

Earnings were expected to drop 30 to 37 per cent this year, Oliver’s announced. The shares plunged to a record low of 9.7c before closing the week at 11.5c — down 53 per cent.

It’s the second profit downgrade in a year for Oliver’s. In July — a month after a $15 million IPO priced at 20c — Oliver’s stunned with a warning it would miss its prospectus forecasts.

The shares lost half their value but had recovered to around 27c by this month.

Full year EBITDA earnings are now expected at $3 million to 3.3 million, as opposed to $4.8 million.

Sales revenue had been forecast to hit $41.9 million in the prospectus after Oliver’s listed in June last year.

Here are the worst performing ASX small cap stocks for May 21-25: